Paleontologists and students from the National Institute for Anthropology and History (INAH) and the National Autonomous University of Mexico (UNAM) have discovered the fossilized remains of a 72 million-year-old dinosaur tail in a desert, near the small town of General Cepeda, in northern Mexico. It is extraordinarily well preserved and over 70 million years old. 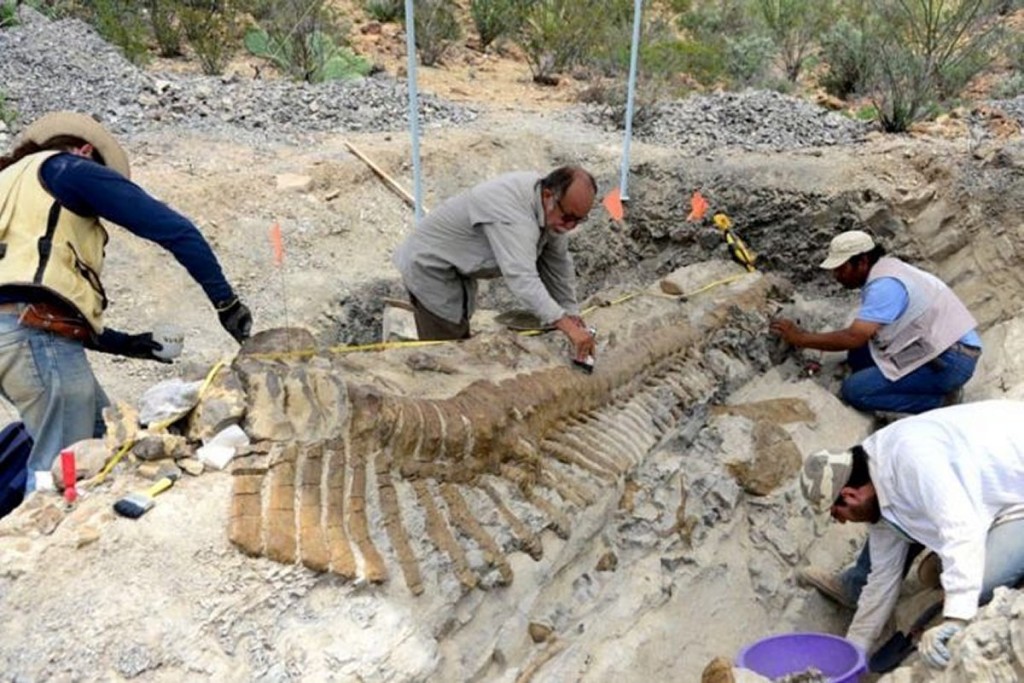 It is believed that the 50 vertebrae making up this full, 5 meters long dinosaur tail are those of a hadrosaur or crested duckbill dinosaur, which were herbivorous dinosaurs of the Upper Cretaceous Period.

According to the director of the excavation, this is the first complete articulated dinosaur tail which has been discovered in Mexico so far. To firmly confirm the identity of the dinosaur tail further research is necessary. SOURCE) 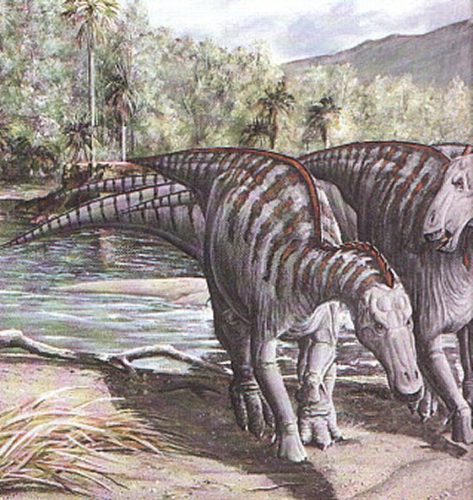 I find it amazing to find such well preserved bones and remains of our history. The world we are living in is just amazing and such unexpected discoveries enhance its beauty and mystery!