What is this weird object captured in La Palma (the most north-westerly of the Canary Islands, Africa) during the holidays of an astrophotographer. He fixed is camera on the Granteca telescope overlooking the bay on the west direction in order to shoot a time-lapse movie.

And what a shot! Between 21:16 and 21:20 UT, he captured something unexpected on his images. A strange fuzzy bright object moved over the images, spouting cloudy puffs. Just look at this amazing time-lapse:

What is the origin of this strange phenomenon?

Is it a UFO? A comet? A meteor? A fuel vent by a rocket booster in Earth orbit? A satellite launch?

Well, nothing similar was either reported or scheduled for this date.

Could it be a suborbital ballistic missile launch test? Although no such test was announced for this date, this explanation seems the most probable. Let’s analyze the following image and the above video: 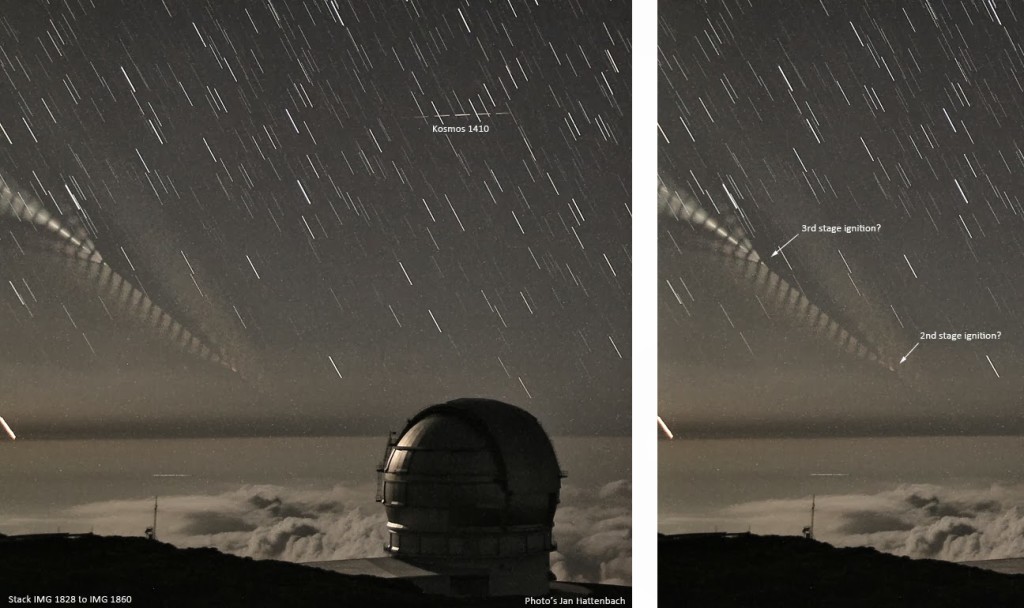 If this strange phenomenon was the result of a clandestine Medium Range Ballistic Missile test, here are the usual suspects: United States, Great Britain (Trident submarine) or the France (M45 and M51). I would bet on one of the first two. France is going too bad right now!