Sometimes, fires are starting spontaneously, burning houses, trees and even sometimes people. Discover in this post some past reports of this weird and terrifying earth phenomenon. 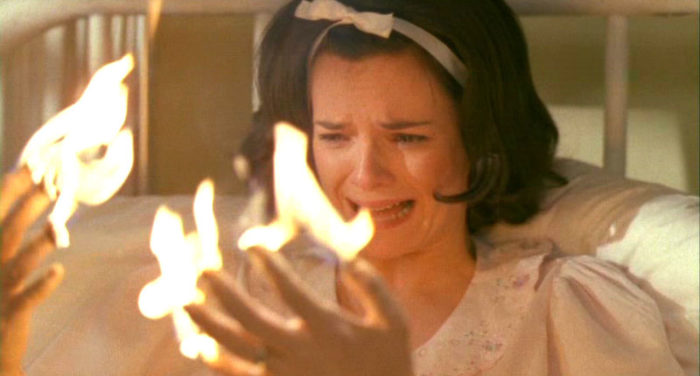 1. Mysterious fires erupt in the night terrorizing village in Botswana – 2009

Residents of Kootilane Ward in Thamaga are living in fear of what they claim to be mysterious fires that burn their homes. So far, they say the fires have destroyed eight houses in the ward. Residents claim that the unexplained fires, described as diphera, break-out in between 3am and 4am. First they thought that the first house was bewitched but they have now realized that the fires hit randomly.

In January of 2004, electrical appliances have been bursting into fire in the little Sicilian town of Canneto di Caronia. They evidently start on fire even when they’re not plugged in. Fires have broken out in part of this Sicilian village, and no one can figure out what’s causing them. It can’t be electricity, since the power has been cut off. Despite this, washing machines, dishwashers, refrigerators, electricity meters and cables have been spontaneously bursting into flames. A fire even started in a water pipe. There’s no evidence of arson.

The report states that the fires in and around the town “caused by high power electromagnetic emissions which were not man made and reached a power of between 10 and 15 gigawatts.”  Francesco Mantegna Venerando, Sicily’s Chief of Civil Protection added that alien technology was one possibility, but another was the “testing of top secret weapons by an unknown power.”

People in the Madhya Pradesh area of the country have been rushing to put out mysterious fires that seem to spring up on their own. It began when a fire suddenly broke out in a small farming community without warning or explanation. The villagers put it out and didn’t think any more about it. But soon this started happening on a regular basis. Fire breaks out anywhere in the village and at anytime of the day.

The Fortean Times reported that in February of 1990, the same thing happened in the village of San Gottardo, near Venice. It began when Aldo Calgaretto saw the fuse box outside his house start to burn. Within two days, fires started in other homes. TVs turned on and off on their own, lights flashed on a locked car, and a chair caught fire. Mayor Lucio Donatello thought it was a case of mass hysteria, but changed his mind. He said, “One day I discovered my car engine running with all the doors locked. Then the right front door burst into flames in front of my eyes. Another time, I was given a jolt when the electric razor I was using caught fire in my hands.”