Thunder during heavy lightning storms may be quite impressive…

Can you imagine them during snow storms… Look at these videos, it’s fantastic!

Extreme weather creates amazing phenomena. Within last week, newspapers and people have been reporting thundersnows, an extremely rare weather anomaly, in Columbus (Ohio), on State Island as well as off the Oregon Coast.

This weird phenomenon is so rare that even extreme weather forecasters get amazed. Check this video of Jim Cantore in Chicago back in 2011:

or in Worchester, Massachussetts in 1996:

What is a thundersnow?

Thundersnow are very rare! The mechanics of thundersnow — an uncomfortable clash between cold air and hot air — are pretty similar to the mechanics behind a summer thunderstorm, though getting air with enough moisture to cause the storm in the winter is unusual. What is unique to thundersnow is the sound. The sound of thunder tends to be muffled due to the surrounding snowfall, which during thundersnow can be pretty extreme.

This link brings you to a weird place, where lightnings are everlasting. 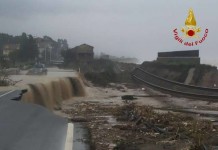 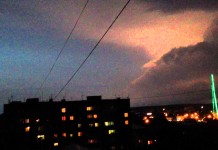 What are these unidentified flying objects smashing into a lightning storm? Weird 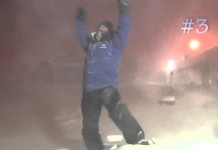 Thundersnow in Boston Caught on Video 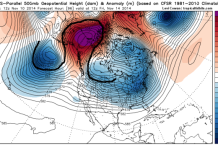