This is totally insane!

Yaasmeen Castanada is in intensive care after having a severe allergic reaction to a medication that caused her body to burn from the inside out. 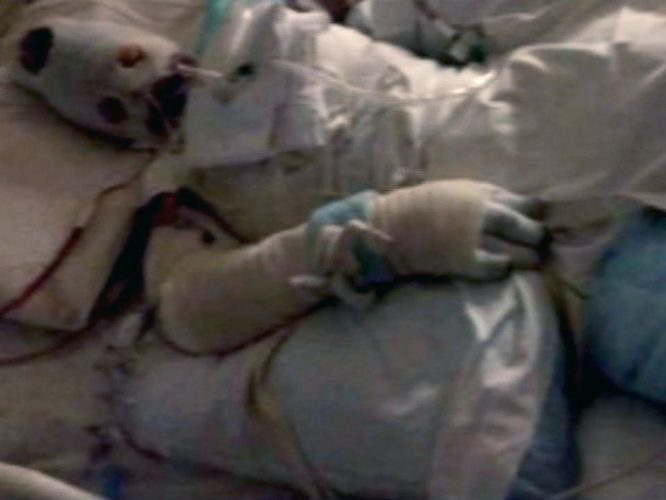 This is terrifying! Yaasmeen Castanada, 19, young mother, is in intensive care after having a rare but serious reaction to a friend’s prescription antibiotics that caused her to “burn” from the inside out.

Related: This guy is half-man half-tree

This all started on Thanksgiving, when she took a pill that her friend had left over from a previous illness. Soon, Castanada’s body, eyes, nose and throat began to burn. She then rushed to the emergency room.

Then blisters started to grow on her body over the next few days. Her skin was just falling off. 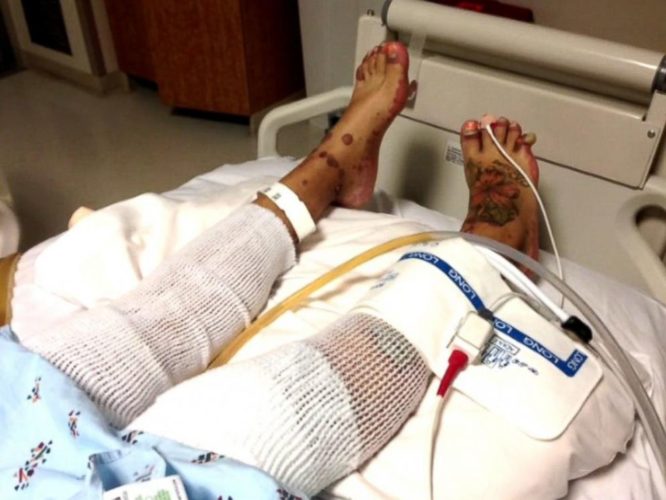 Castanada’s very rare reaction is called Stevens-Johnson syndrome during which you’re not truly burned, but what happens is you have compromised the skin barrier function. Thus inflammation and blistering occur on the outer layer of skin as well as the lips, eyes and genitals. This is actually why these patients are treated like burn victims.

Within a week, over 70 percent of her body was damaged. She’s undergone several surgeries over the past few weeks, but her feet are still blistering. But she will survive!

Unfortunately, there is no way of predicting who would have this type reaction.

It must be heartbreaking and just unreal to watch your daughter literally burn in front of you.