Tiny quakes linked to fracking raise risks of a larger one! 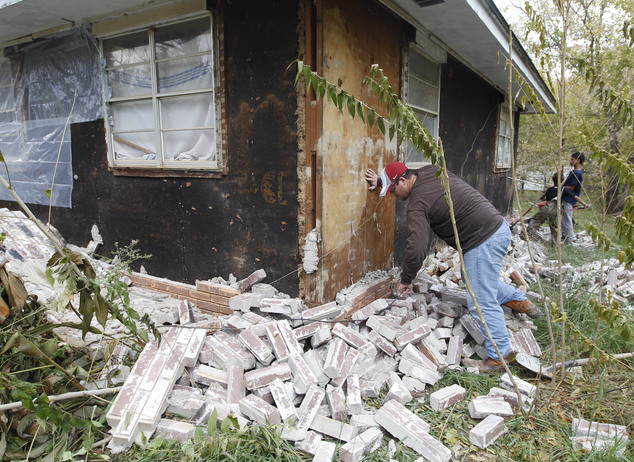 This once-stable region is now just as likely to see serious damaging and potentially harmful earthquakes as the highest-risk places east of the Rockies, such as New Madrid in Missouri, and Charleston in South Carolina, which had major quakes in the past two centuries.

To some degree we’ve dodged a bullet in Oklahoma. But this is not to say we expect a large earthquake tomorrow.

During Saturday’s 90-minute session on human-induced earthquakes, three quakes larger than 3.1 magnitude hit northern Oklahoma. Federal records show that since Jan. 1, Oklahoma has had nearly 200 quakes that people have felt. These quakes started to increase in 2008 and made dramatic jumps in frequency in June 2013 and again in February 2014. They are mostly in areas with energy drilling, often hydraulic fracturing, a process known as fracking.

If Midwest quakes ARE caused by fracking thank the frackers. They are relieving the strain that caused the last big one #fracking

Many studies have linked the increase in small quakes to the process of injecting wastewater deep underground because it changes pressure and triggers dormant faults. Ellsworth’s study, which is not yet published, suggests that an increase In the number of tiny temblors raises the risk of earthquakes that scientists consider major hazards.