This post features some of the most interesting notes and comments left on this blog.

If you recognize your text I really thank you for your reports! And if you have an answer about one of these noises, feel free to add it below! Thank you, Manuel. 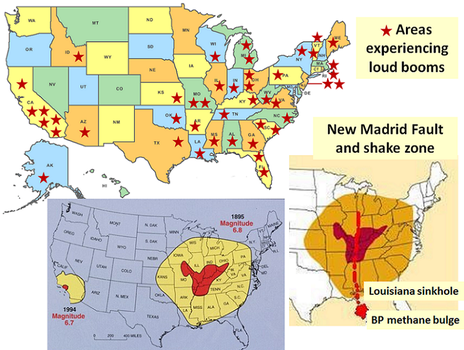 I live in Fairfield, OH, a city just north of Cincinnati, OH. Today at 5:50 am, I went outside to take my girlfriend to work. I noticed a sound like a low flying plane overhead. It was pretty cloudy out, so I figured I just couldn’t see it. After 20 minutes or so it took to get here there and I returned, the sound was still there. Since it was still dark, I stayed outside for a few minutes and still no light or any sign of anything in the sky, just the constant low-flying plane sound. It is now 8am and the sound is still going on. I’ve seen all of the reports on here about people hearing the sounds at night, but it is now light out here and the sound is getting even louder. It’s only about 25 degrees F here so I don’t think that there is any construction going on anywhere. If anybody else from around my area are hearing this and they too came across this page trying to find an answer and read my comment, please tell me you are hearing this too and what part of town you are in. I’m about to go on a drive and see if it’s even possible to get the diameter or even a radius on this thing.

Fracking? Or any large fabrics dealing with a vapor problem?

Starting to hear the booms here in Louisville, Ky. The news says it is due to ice quakes since we recently had a heavy snow and cold snap. However the booms were heard before the snow.

Icequakes are indeed an easy solution!

A loud boom was heard in Mims, Fl last night 2/23/15 at around 7:30 pm. I heard it and FB had several other reports in the same general area. I was inside so I didn’t see anything. One thing is sure, it was just one day after the giant fireball!

I was awake last night and heard this large boom that shook the windows. The dogs all down the street (mine including) didn’t stop barking for 20 minutes! I didn’t see anything- but I got a very ominous feeling and decided to go to sleep. I live on the outskirts of Lake City, Florida.

“Mysterious Atmospheric Sounds” Laymen not less than scientists have from time to time been surprised by peculiar booming sounds in the atmosphere which in every way recall the concussion from a distant firing cf cannon or that produced by the discharge of a mine in blasting operations With seemingly common good sense and as an easy explanation of every day phenomena these sounds have been attributed to causes such as have been mentioned without any effort having been made to ascertain if explosions of one kind or another had in reality taken place at about the times in question It now appears that these seemingly every day phenomena or such as are attributed to mans own handiwork. Are phenomena of much deeper significance being of a natural order and connected with some as yet unrecognized force or quality of the atmosphere or with some internal disturbance acting within the earth itself The study of these mysterious sounds which have been especially noticed on the coast of Holland here they are known as the “mistpoeffet” and elsewhere on the English channel in various parts of Belgium in upper Bavaria in the delta of the Ganges on the island of Java and near the mouth of the Congo has for a number of years attracted the attention of geologists and physicists and is at the present time the special work of Professor E van den Broeck the director of the Royal Belgium museum of natural history It is not a little remarkable I that the phenomena in question which had already been noticed by Bacon and to which attention was called by Thomas Parnell the better part of two centuries ago should have escaped investigation until within the last few years a condition that is explained only through the circumstance that The explanation based upon artificial firing was so readily acceptable supposition that the sounds are merely a form of atmospheric disturbance seems to be indicated by the observations of Captain Jungers on the Congo who states that during the operation of the mistpoeffer there was no deflection of the theodolie on the other hand Professor George Darwin of Cambridge and Professor Penck of Vienna hold strongly to the belief that the sounds are the result of concussion within the earth possibly or probably a following of movements of the younger rock strata which make up the superficial part of the planetary crust With a view to fully determining this interesting data M van del Broeck is collecting all data bearing upon the geographical distribution the sounds and tabulating the special meteorological conditions under which they occur He finds at the present time that they are most numerous during the summer months and during the hottest hours of the day .

I live in Belton Tx and I hear these loud booms like bombs being shot out and they shake my house. People always say it’s fort hood but can it really shake my house that bad and sound that loud? I hear it all day but it’s worse at night.

I just was out with my dogs in central NH and heard super high pitched noises I live in the mountains near Pats Peak. It noticeably disturbed all three of my dogs I had a hard time getting them to go to bathroom .super weird really creeped me out.

Explosion-like booms in Memphis Tennessee and Orlando, Florida on February 17 2015

This is my first time hearing it but its been going on for a month or so that we know of.

I work in Semoran blvd Orlando Fl, and we can hear a loud boom inside the office. I tought it was our neighbor but when we went outside it looks like it was coming from the sky… Very creepy…

i live in the central valley of california near Yosemite. i also heard a loud Fog/train horn noise coming from the sky (it was weird because in the town we live in the trains can’t use there horns.) it was a little over 2am and didn’t make sense. it was so i loud i could almost feel it…i got up outta bed t and went outside i looked up and swear it was coming from all around..it literally went on for about 3 or 4 mins. as soon as i pulled my phone out to record it stopped…idk but something is definitely happening.

I live in California but far from the beach. It was five am and I heard a weird noise almost as a fog horn or a boat horn??? It’s really weird cuz these sounds would be around the ocean right? I don’t live near the ocean tho. I’m glad other people have heard similar things so I know I’m not crazy… What if these sounds mean it’s the end of the world or something???

And you have some more mysterious booms and rumblings reports for February 2015 compiled in this post! Of course some may have been triggered by frost quakes… But what about the rest, so the majority! Are we going towards a major catastrophe! What’s going on right now!