But when you cut into it, the bloowood dribbles long trails of dark-red liquid down its trunk. And that’s really odd! 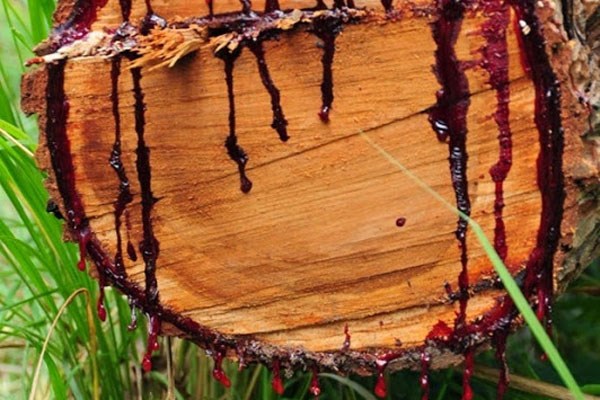 The bloodwood tree (Pterocarpus angolensis) is a deciduous tree with a high canopy, reaching about 15m in height and has dark bark. 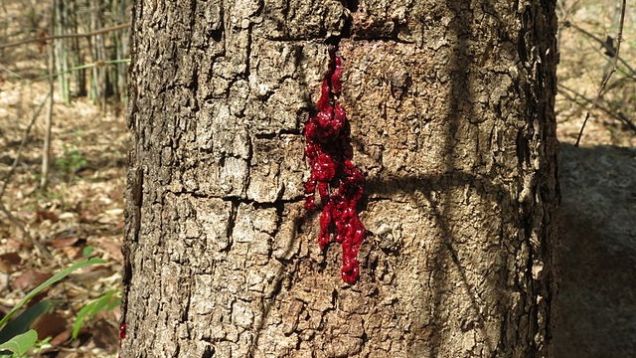 The name bloodwood for these trees stems from the dark red to brown sap that accumulates on wounds on the trunks. 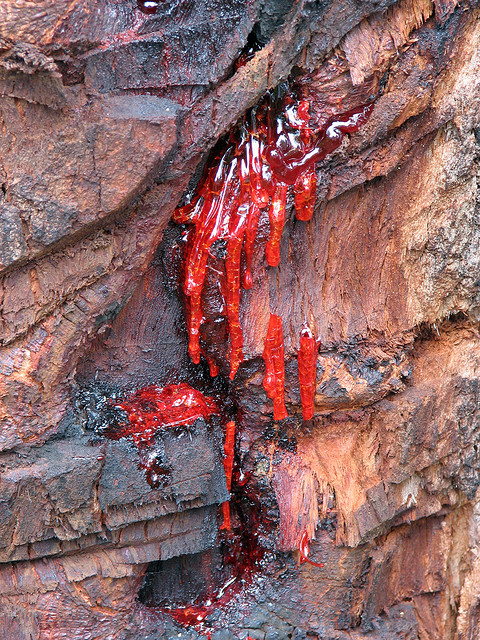 Tannins cause the dark red color of the sap. Bloodwood has sap that is 77% tannins in comparison to 12-20% tannins in regular plants. 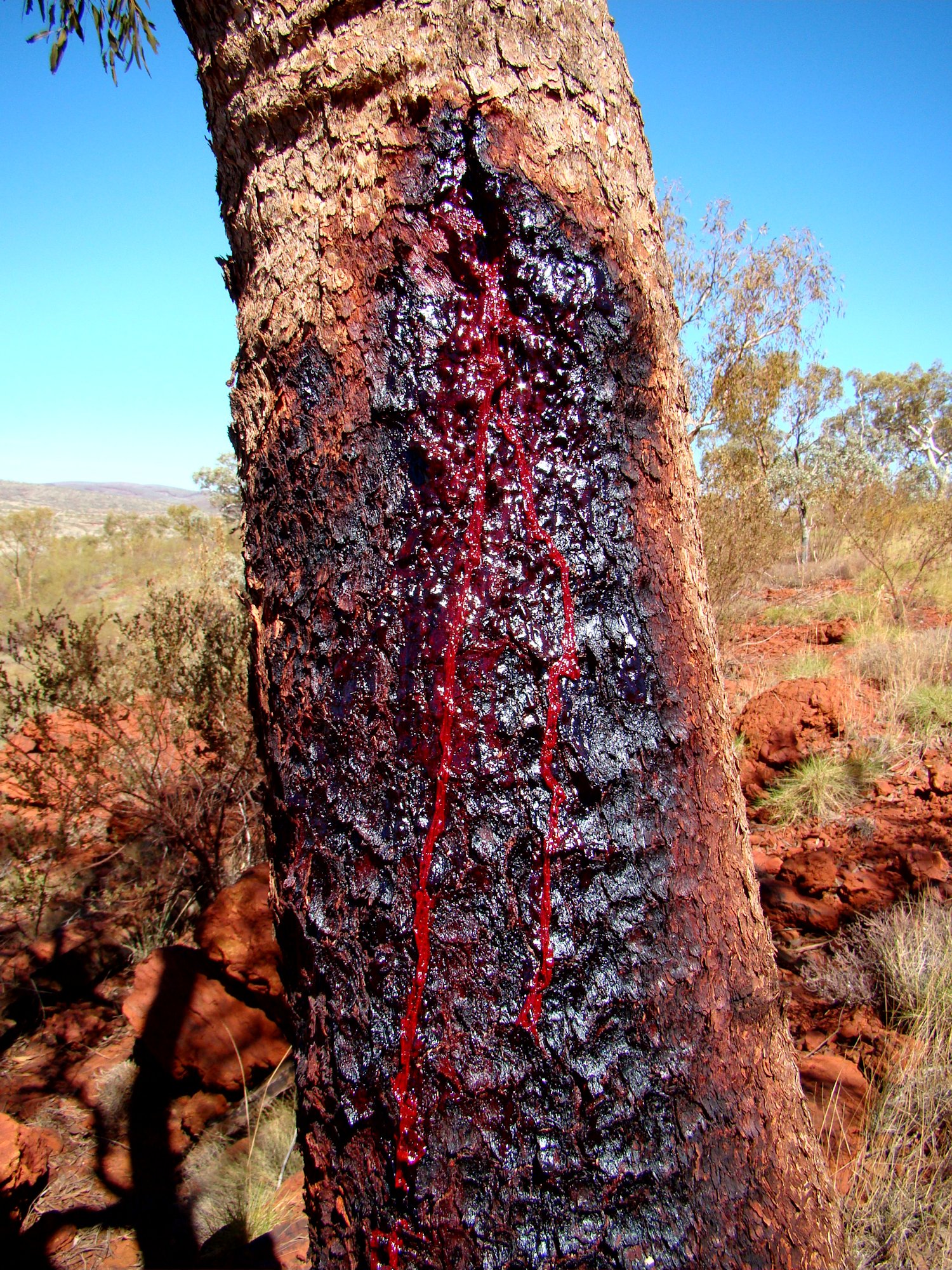 The red sap is used traditionally as a dye and in some areas mixed with animal fat to make a cosmetic for faces and bodies. 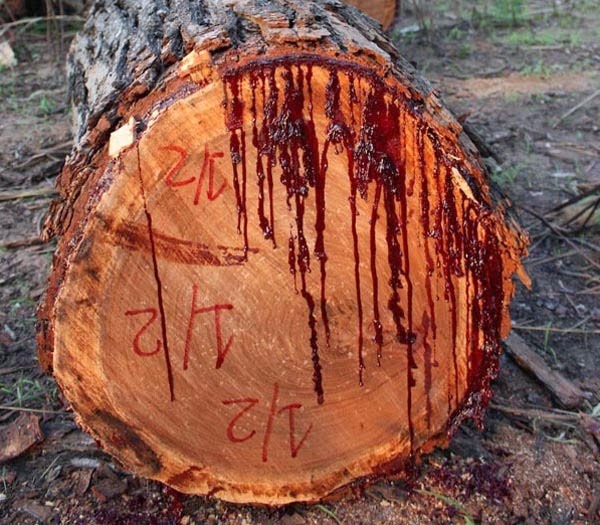 Moreover the timber is sought after in its native Africa, and around the world. 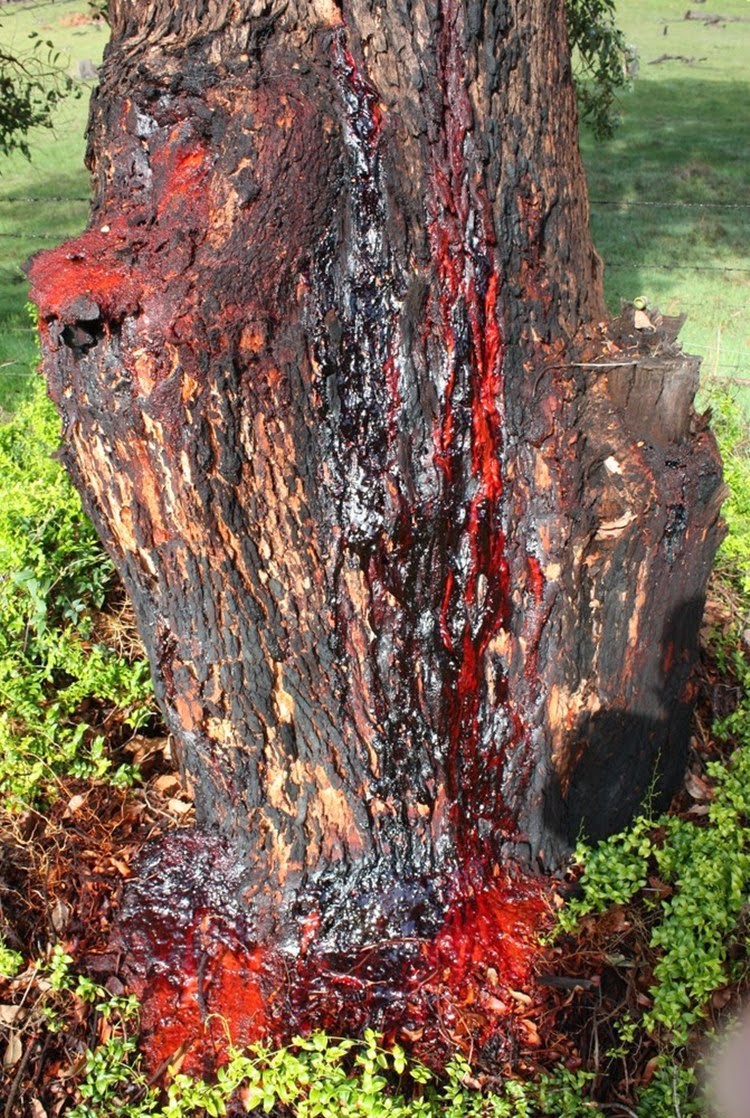 It is also believed to have magical properties for the curing of problems concerning blood, apparently because of its close resemblance to blood.

That’s really a living tree! The zombie apocalypse is near!