A volcano exploding into life is amazing.

But when you add a deafening shockwave and volcanic lightnings to the burning hot ash flying into the air, than it becomes insane! Watch pictures and video! 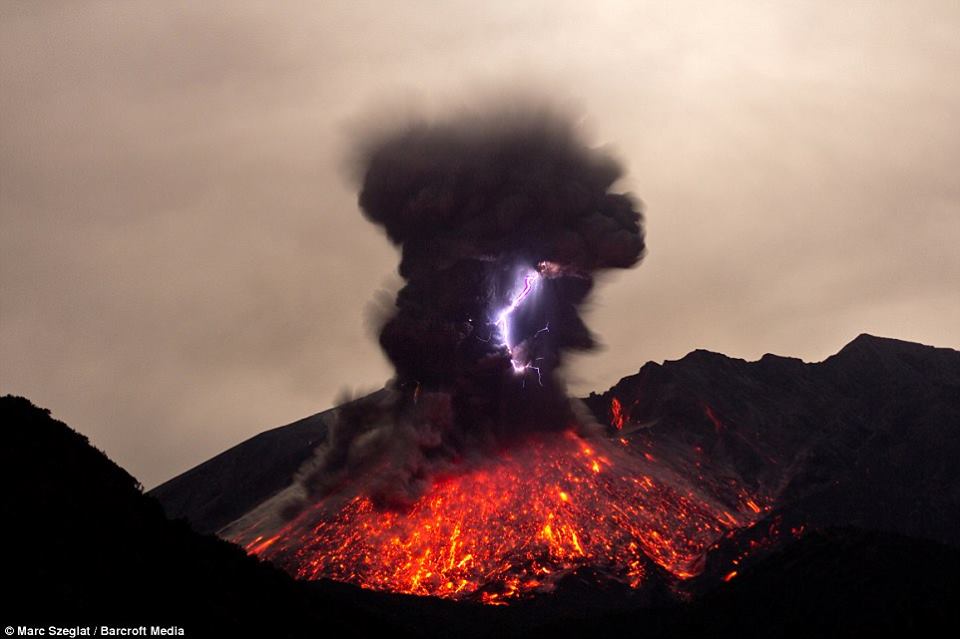 Shot by filmmaker Marc Szeglat, 47, this incredible footage shows the highly active Sakurajima volcano on the Japanese island of Kyushu. 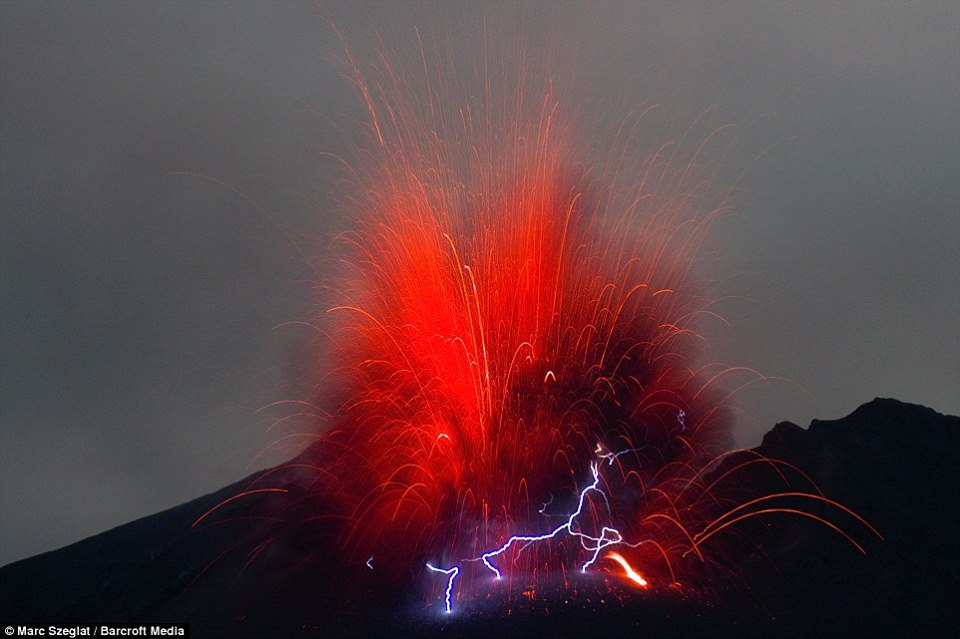 The German videographer was able to capture the rare phenomenon of volcanic lightning, as well as an explosive shockwave which rippled through the sky.

Sakurajima, translated as Cherry Island, has been erupting on a regular basis since 1955 and is a constant danger to the nearby city of Kagoshima, which has a population of over 600,000. 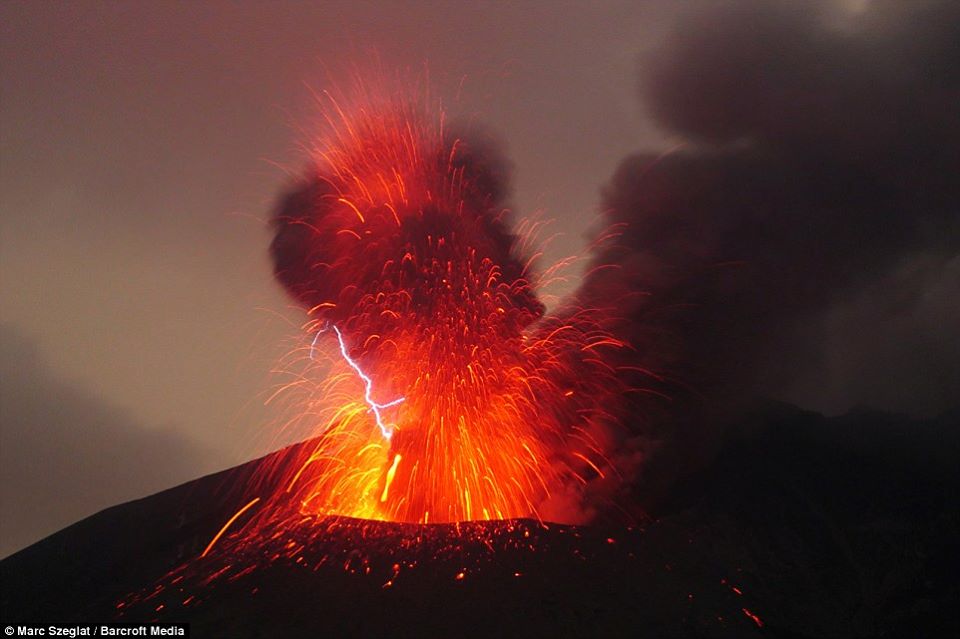 I would like to see this eerie volcanic lightning phenomenon live! What about you?