The garden of a family has been devoured by a terrifying sinkhole in Highlands, Texas, as a result of the severe weather – which has killed at least 24 and left 14 unaccounted for.

Storms bringing as much as seven inches (17.8 cm) of rain drenched North Texas overnight into Friday, prompting hundreds of calls for emergency assistance and adding to the woes of the state. 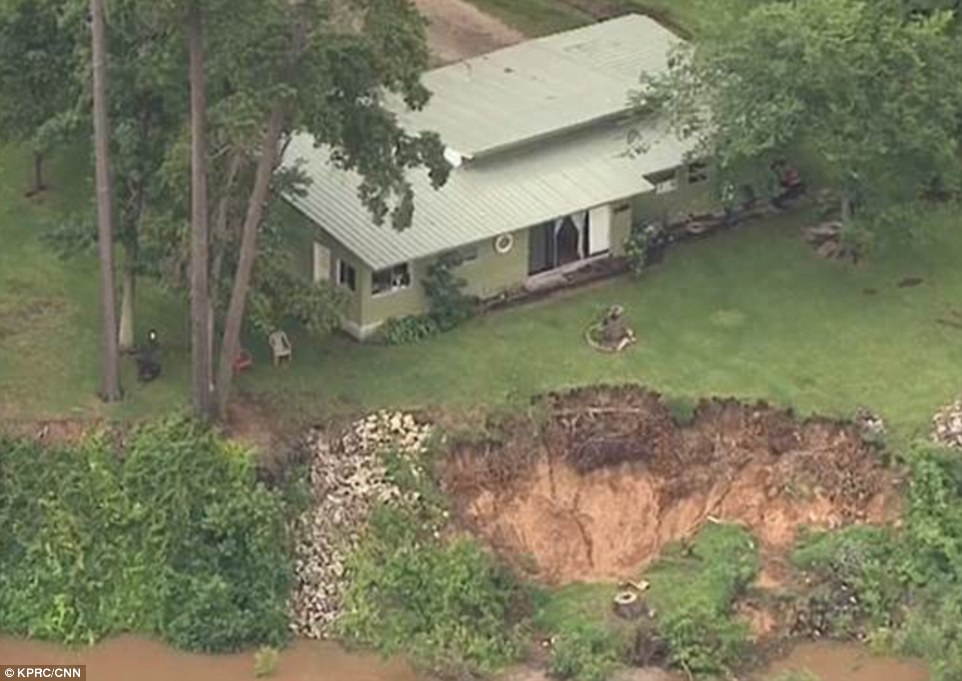 Rescue teams were forced to drag people from their stranded cars while the Mayor of Wharton, Domingo Montalvo, decided to evacuate his citizens – and the water levels are set to keep rising. 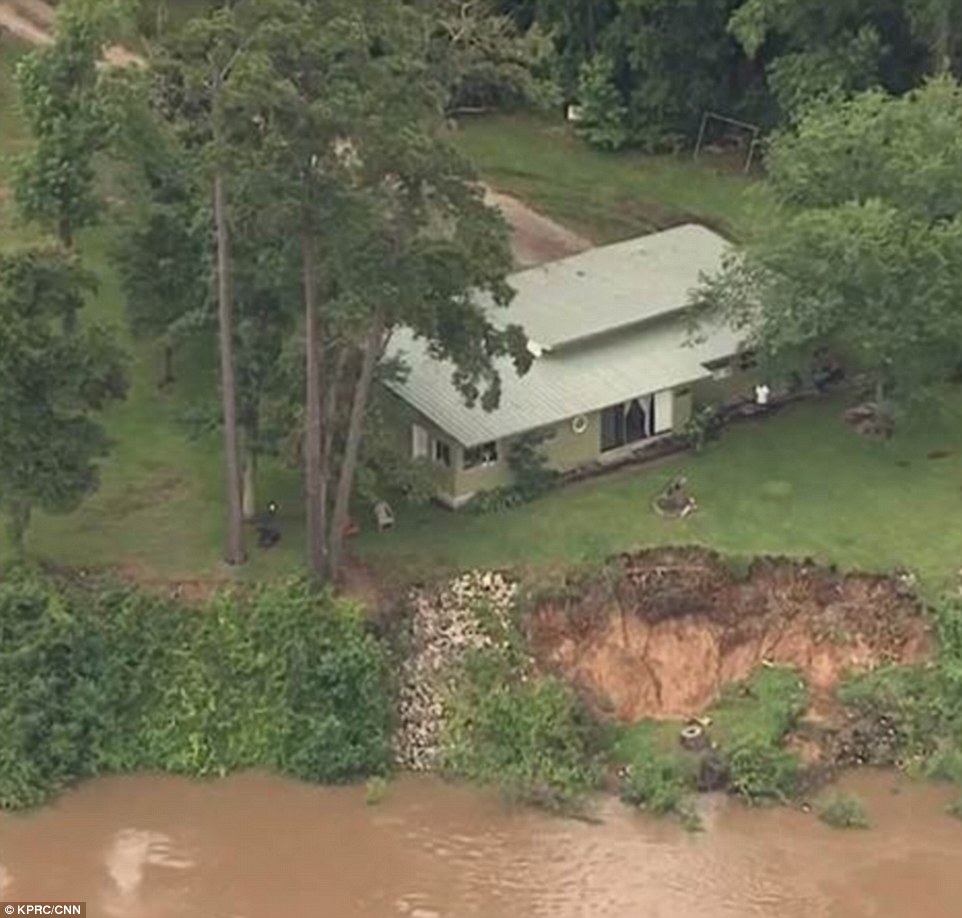 A|erial images show huge swathes of a river bank washed away in Highlands, Texas, as downpours and rising water levels continue to wreak havoc on parts of Texas. 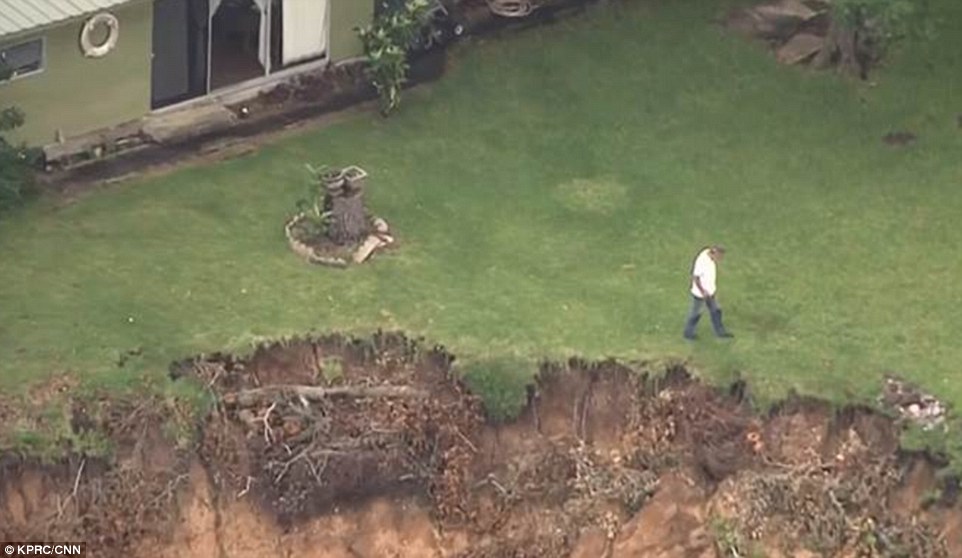 A man in a white shirt is seen wondering around the large chunk of land that has been eroded behind his property.

This terrifying sinkhole is one of many scenes of devastation across northern Texas, where 24 people have been killed and 14 have been left unaccounted for in the floods – and the water levels are still set to rise.