Look at these apocalyptic pictures of two tornadoes making contact with the ground at the same time near Simla, Colorado.

Nature at its most impressive and mysterious state.

This is the amazing moment a lightning storm spawned two tornadoes in Colorado that touched down exactly at the same time. 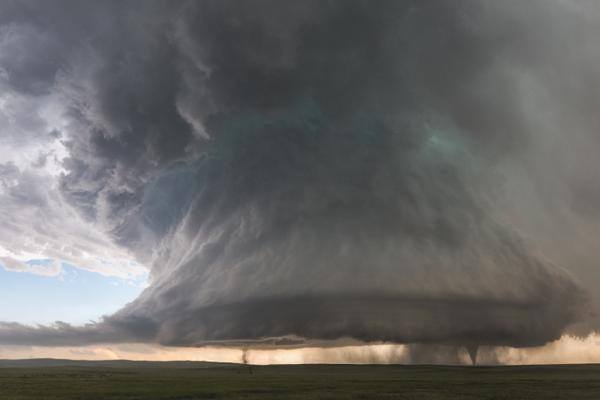 The exotic event was the result of a supercell storm, a powerful phenomenon characterized by a rotating updrift winds known as mesocyclone. 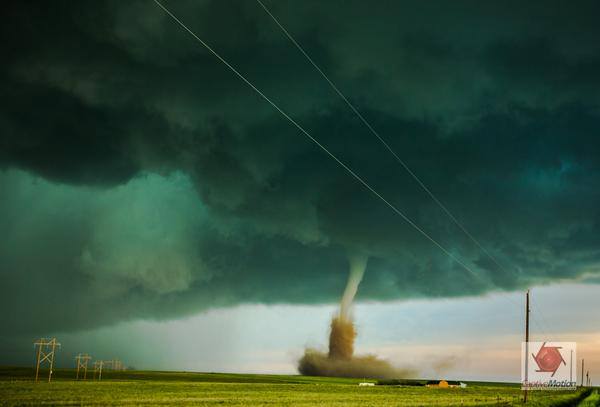 The supercell produced at least four tornadoes that destroyed five houses in Simla, three homes in its vicinity for a total of 12.

During the intense storm, hailstones the size of baseballs felt on the ground damaging cars and other vehicules. 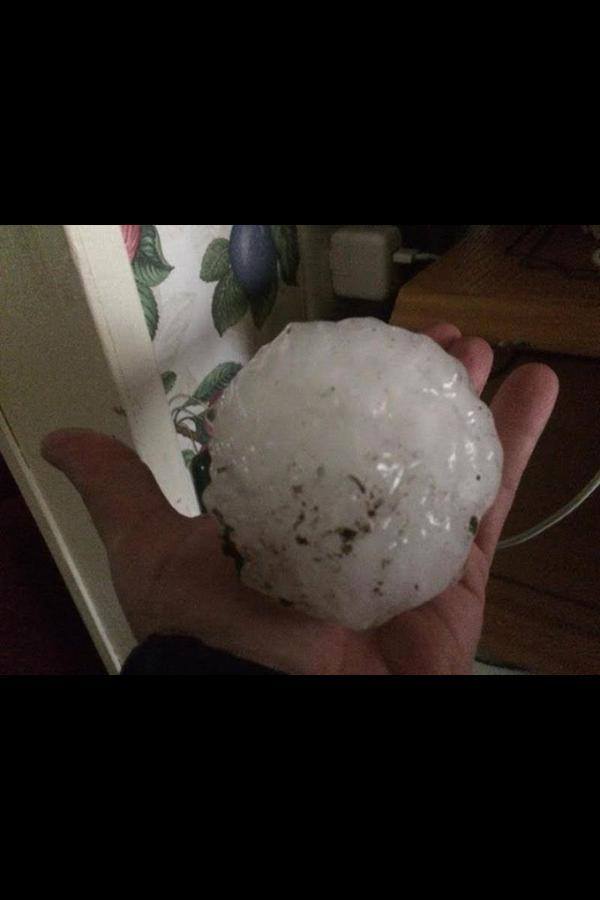