First M7.9, the now M8.3 quake, 15.5 miles (25 kilometers) below the surface, was centered about 141 miles (228 kilometers) north-northwest of Santiago. Here the first images of the damage and tsunami wave crashing on the Chilean coast, near Coquimbo. 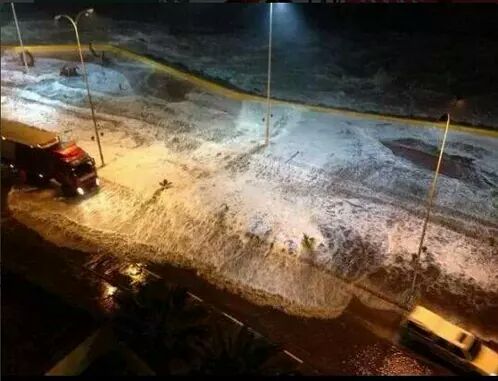 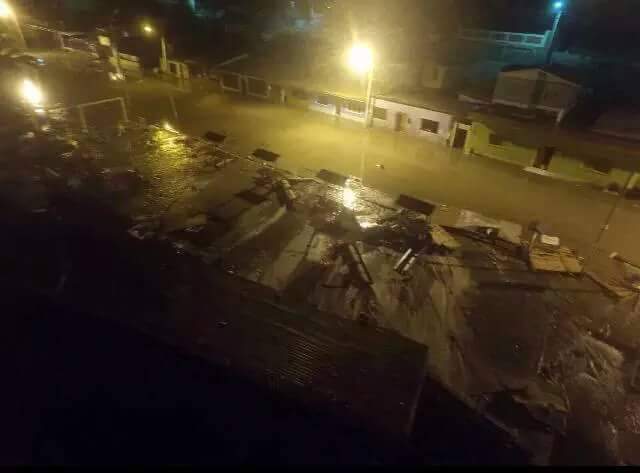 The M8.3 quake caused buildings to sway and people to take refuge in the streets.

Several strong aftershocks hit within minutes as tsunami alarms sounded in the nearby port of Valparaiso.

The earthquake killed at least 2, damaged structures and triggered a tsunami which has already reached the Chilean coast. 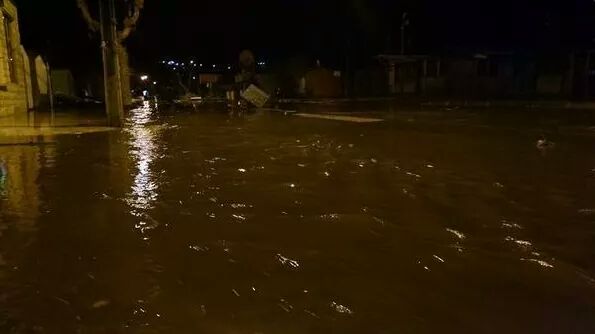 Red alert has been declared for the entire country, especially for the coast. 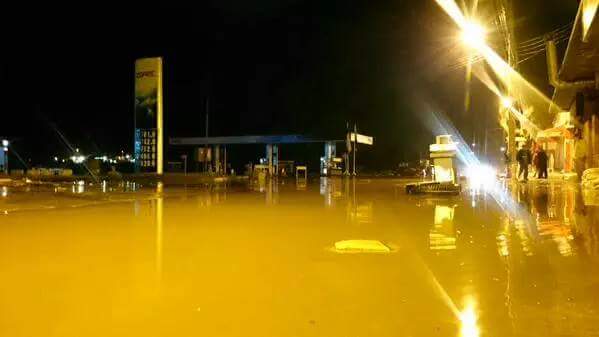 Modeled tsunami travel times. The wave from the Chile earthquake will arrive in ~13 hours, or ~5 AM Thursday. 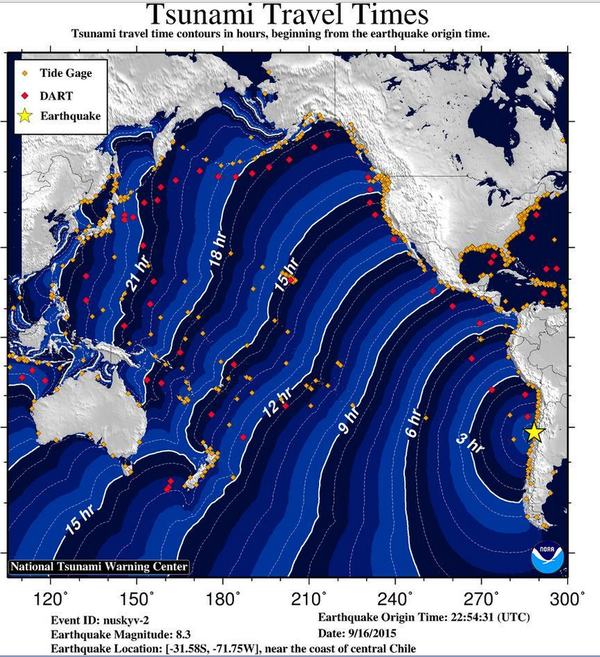 Images and videos correspond to the first tsunami waves that affected the area of Coquimbo, as well as damage in shopping malls of la Serena, and evacuations in coastal areas. 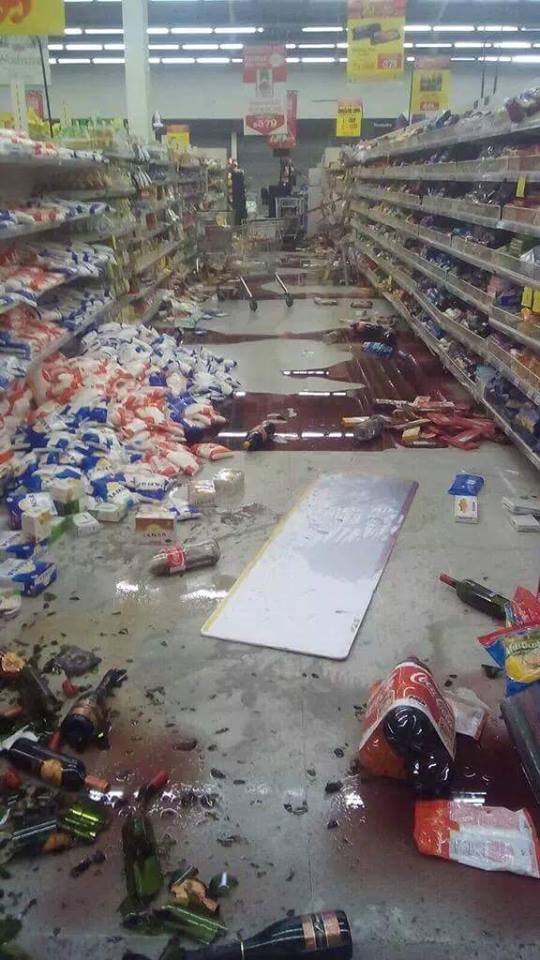 And the tsunami flooded parts of the city:

As explained by the Huffington Post, Chile is seismic active as the Nazca tectonic plate plunges beneath the South American plate just off its coast.

And the swimming pool waves? Surely not as bad as in Mexico last year… But still:

The strongest earthquake ever recorded on Earth happened in Chile in 1960 and killed approximately 5,000 people. Another killer event occurred in 2010 when a M8.8 quake and ensuing tsunami in central Chile killed more than 500 people, destroyed 220,000 homes, and washed away docks, riverfronts and seaside resorts… And changed the planet’s rotation.