Insane hailstorms hit Gauteng and other parts of South Africa on November 16, 2015.

Results: Hundreds of homeless people, damaged vehicles and delayed flights for several hours after a hailstorm wreaked havoc in Johannesburg and Pretoria and other parts of the country on Monday afternoon.

The following three images were take in Fourways, South Africa. 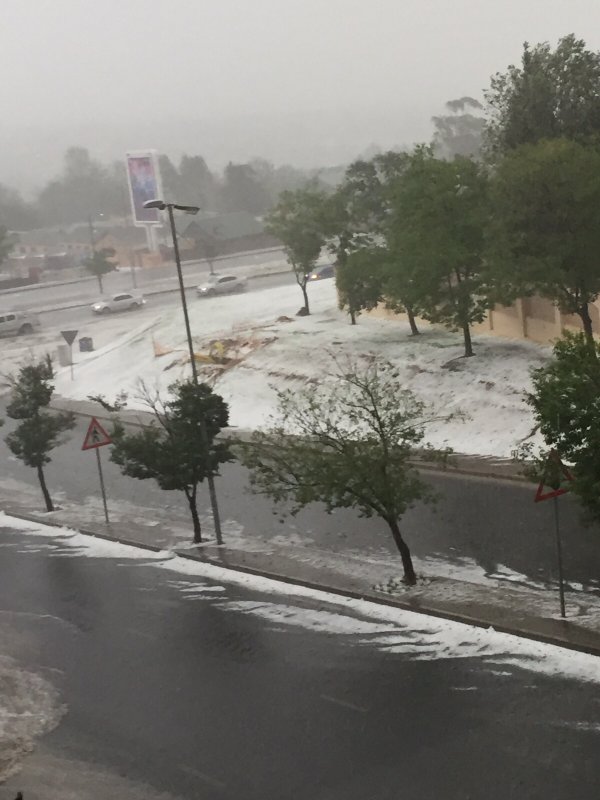 The hail has covered roads, and houses. 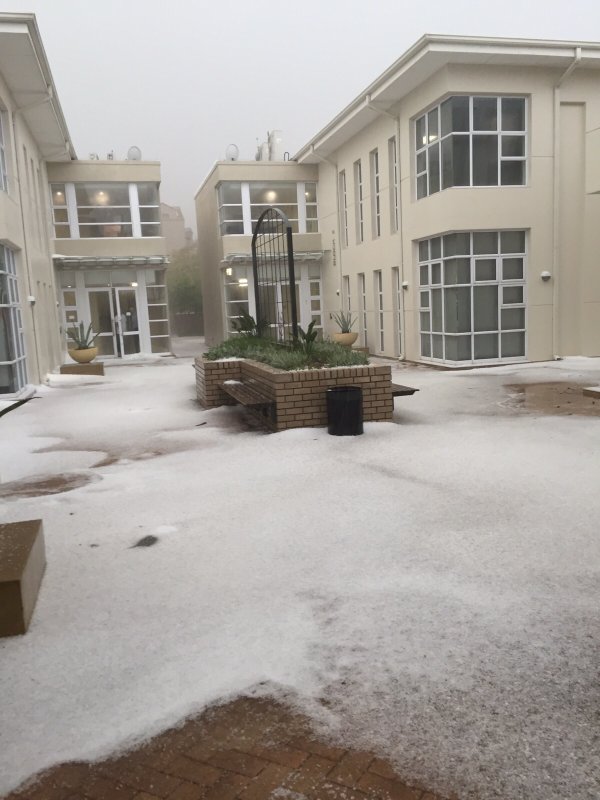 Amazing for a region currently experiencing an extreme drought and water shortage. 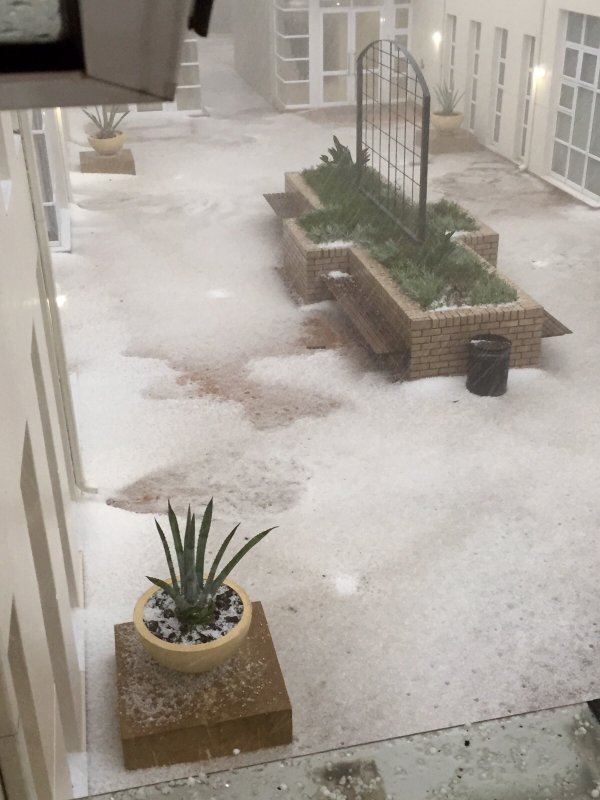 What an hectic storm:

In Laudium, it fell so much hail that it looked like snow: 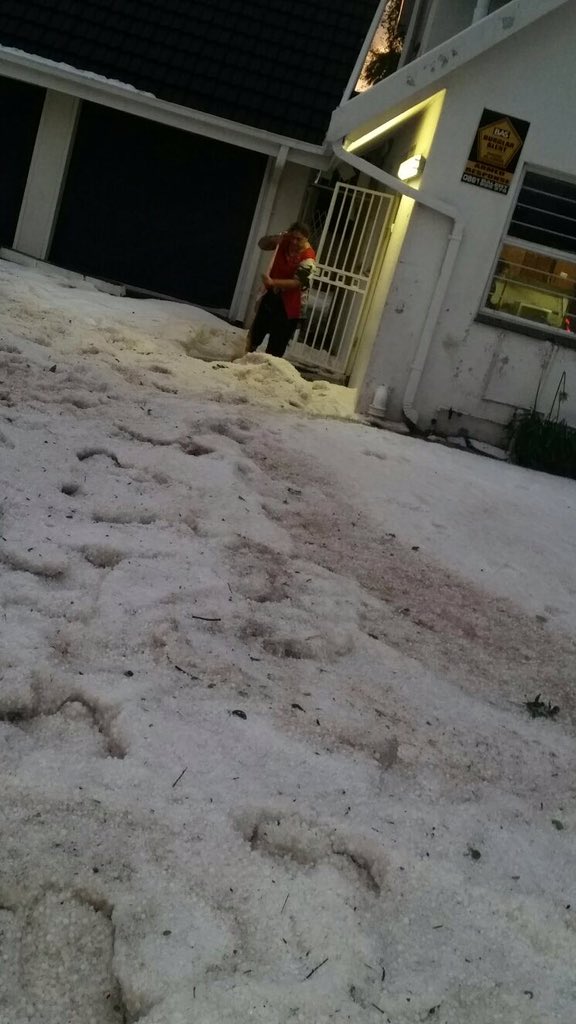 Cars got stuck in inches of hail. 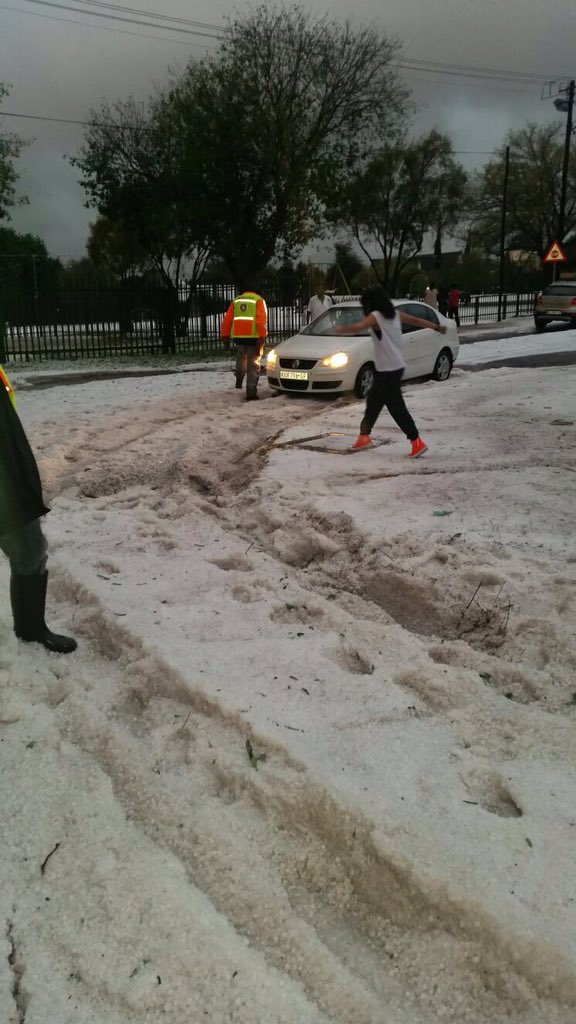 That’s really crazy. Look at the winds on this highway: 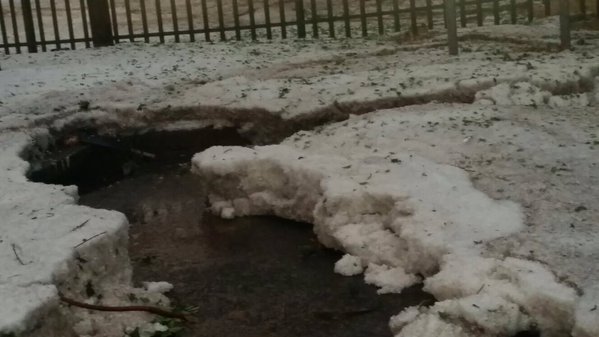 In Gauteng, traffic was congested for several hours and flights at OR Tambo International Airport were delayed. 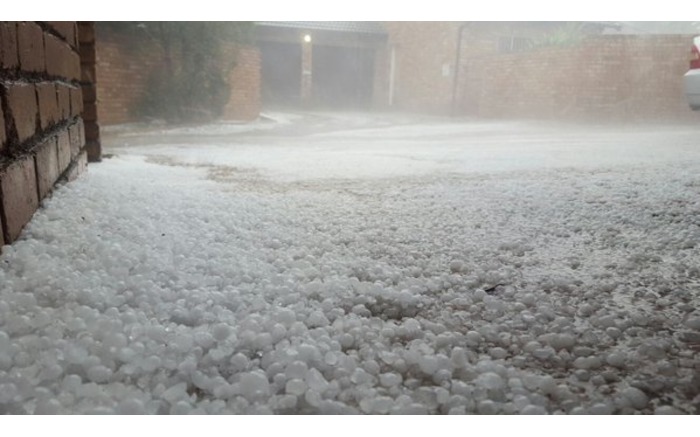 This is one of the worst storms seen in recent times in Gauteng and other regions of South Africa. 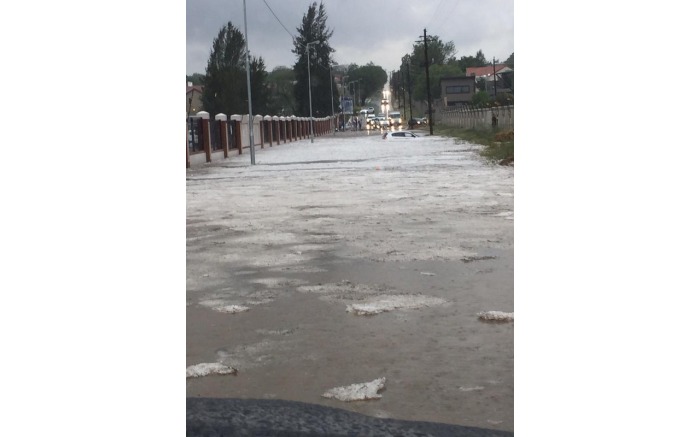 This is some footage of the hail storm that occurred in Johannesburg on 16 November 2015 during our “drought”:

People were stuck in traffic for several hours after the storm caused outages in traffic lights and flooded some roads. 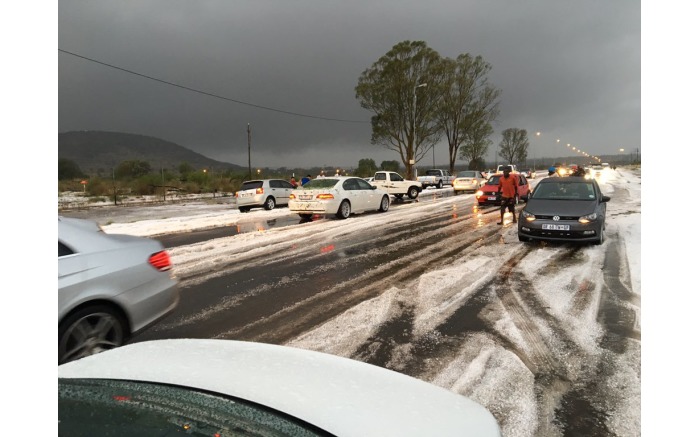 In Roodepoort, many suburbs were plunged into darkness after a tree fell onto power lines, resulting in an outage. 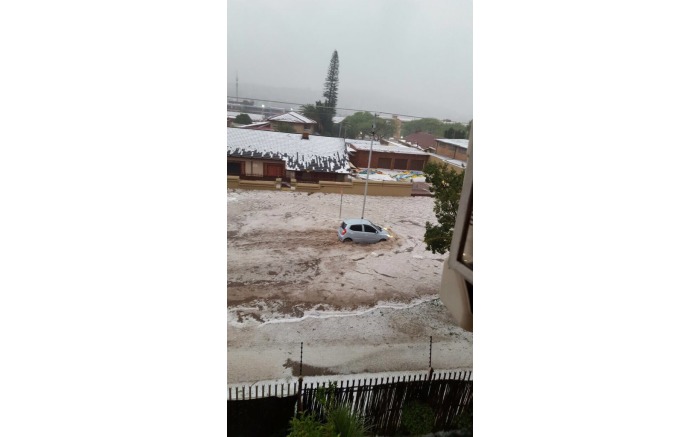 In Brakpan, the roof of a Caltex gas station collapsed on at least eight cars, just after 4pm, when the apocalyptical hailstorm struck. 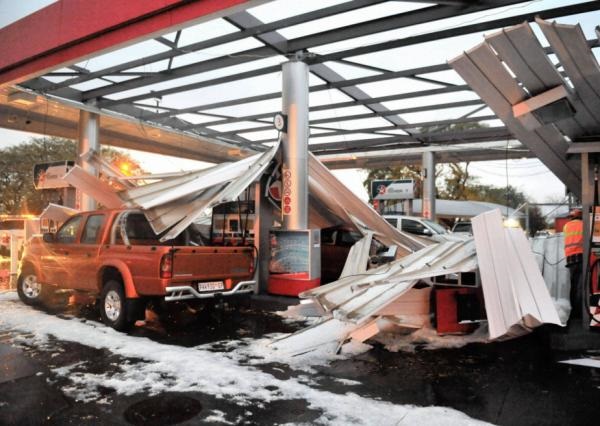 Here the aftermath of the extreme hailstorm on N17 passing Ergo near Brakpan… It looks like snow:

In Limpopo, hundreds of people were left homeless after huge, tennis ball-sized hailstones damaged the roofs of at least 200 houses. 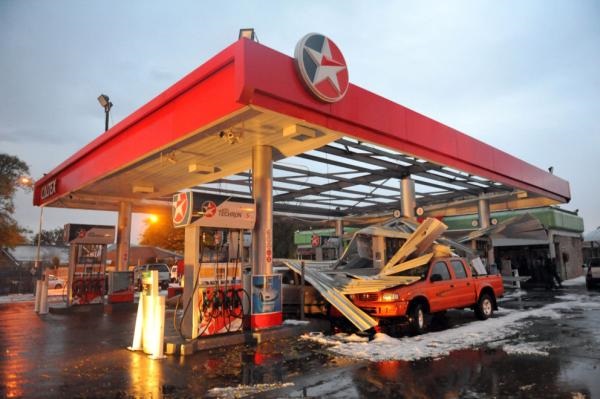 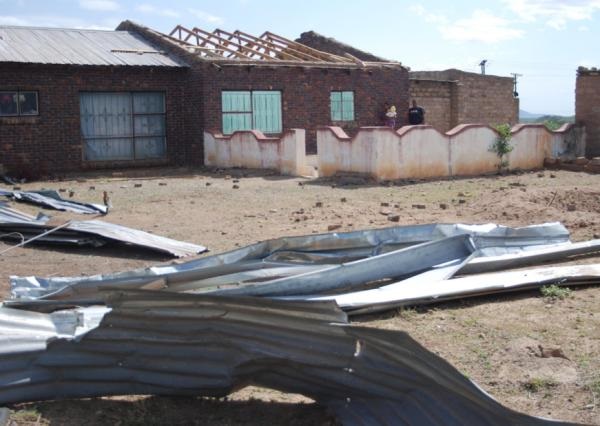 Here damages after the hailstorm in Plumtree: 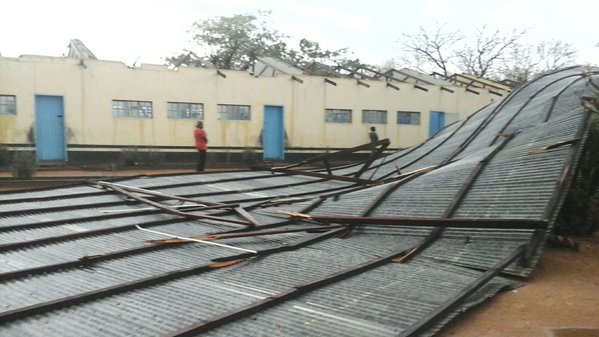 Despite the damage, the rainfall and hailstorm has been welcomed as much needed relief from the ongoing drought.

You remember this hailstorm in Pietermaritzburg, South Africa. Apocalyptic…