A little swarm of earthquakes were recorded under Mount Rainier Thursday morning, February 11, 2016.

The mountain was shaken by a series of quakes for about 20 minutes.

Yesterday morning, there was a little swarm of quakes under #MountRainier for 20 mins or so. https://t.co/IfDLt2iZye pic.twitter.com/vrxQgLLuwp

According to officials, they don’t signify much as those swarms probably appear several times a year.

On the same day the Seismic Network reported a tremor episode began in mid-Oregon, which began just after that in Washington. 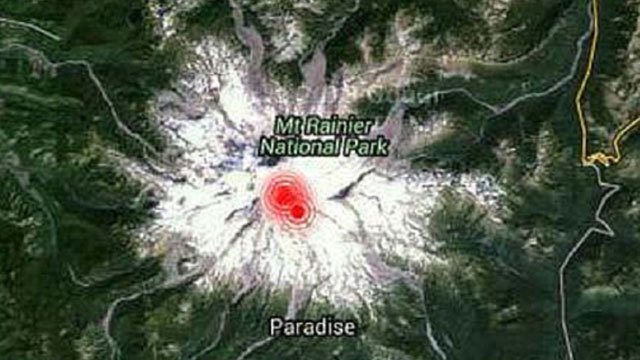 These tremors occur along the Cascadia Subduction Zone about once per year. The latest episode in Washington began Dec. 21. Though there’s no definite connection between the tremors and recent earthquakes, the Seismic Network reported there was a chance they were related to the 4.8-magnitude quake that shook Victoria.