The deep low over the Tyyrhenian sea is producing intense Scirroco winds over the S Mediterranian, which are advecting large amounts of Saharan dust.

The first 3 pictures are from this evening in Palermo, Sicily. You see the sand?

Huge amounts of Saharan dust are being advected into central Mediterranean and the Balkans due to intense Scirroco winds of the cutoff low, now centered over Sicily.

The giant low pressure event is centered over the Tyrrhenian sea, resulting is powerful warm advection across southern Italy, Ionian sea and towards the central Adriatic sea. 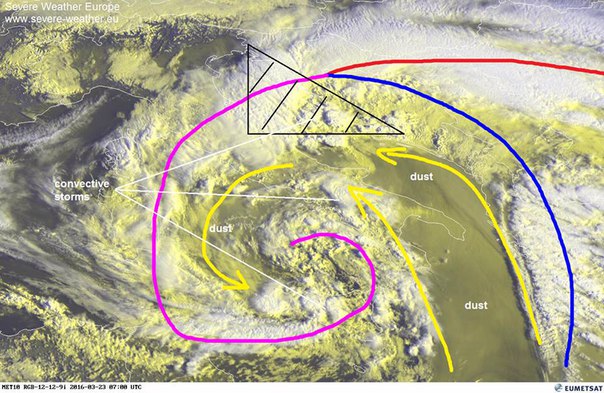 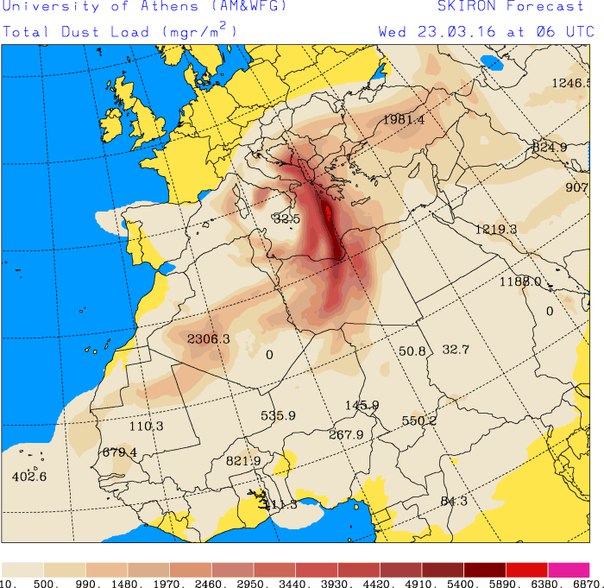 The Mediterranean cyclone has been named “Gaby”.

A huge amount of Saharian dust is advected within this flow as well. The occluded front is causing scattered storms over Italy and central Adriatic sea.

Sand sediments is expected to engulf South Romania, Moldova, Byelorussia, Ukraine, and European Russia on March 23-24. When the low will reach the coast, precipitation with an admixture of Saharan sand is expected.

This will lead to sandy ‘blood’ rain, leaving the typical streaks of orange-brown color on streets and cars.