Close to Morar and Mallaig in the Scottish West Highlands, is Loch Nevis… And a whale shaped boat. 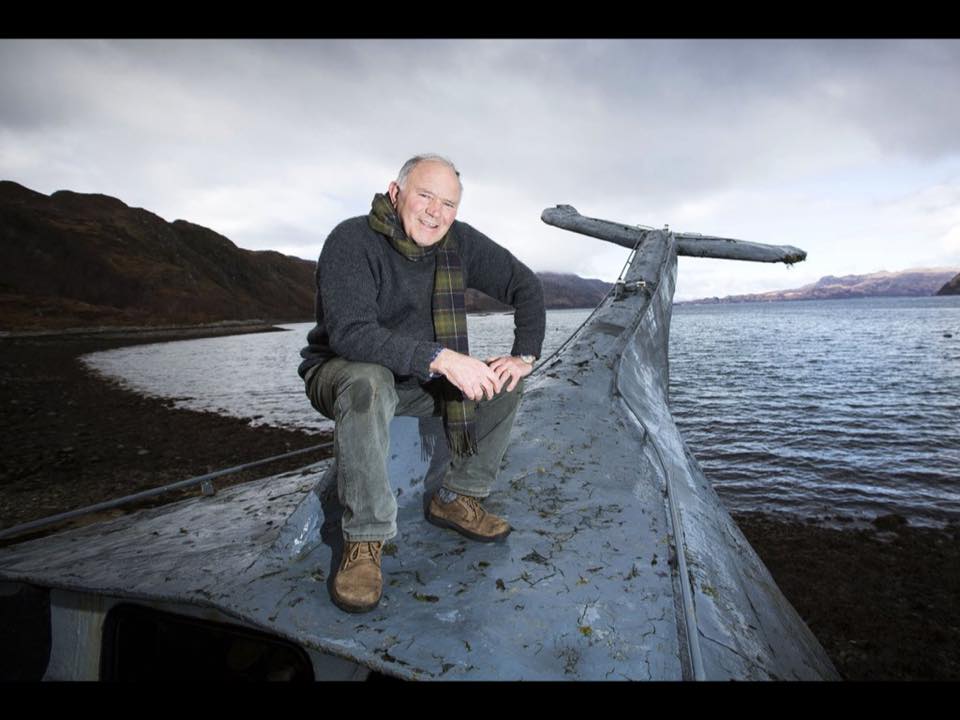 “It’s unlike anything I’ve ever done before and it has been a long time coming,” said Tom, 73.

“Arriving to a huge crowd will be an unbelievable swan-song and my crowning achievement.”

He designed Moby, and oversaw the building project from scratch.

He launched his project 20 years ago and estimates he’s spent £100,000 in total bringing the steel sea monster to life.

Having rowed single handedly across the Atlantic, the first to do so, then sailed in the smallest craft, few would doubt his credentials and chances of further success.

It is believed that this unique whale shaped boat was built at Reid’s Engineering in Forres, Moray.