As a strong storm engulfed the valley giving a spectacular lightning show. 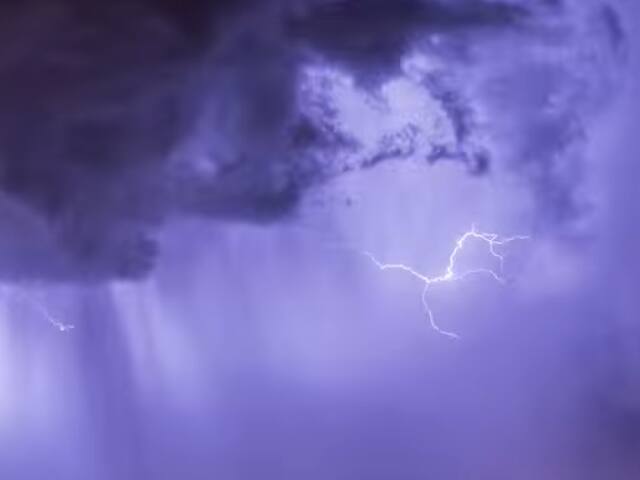 Coincidence or not? The purple sky phenomenon was also witnessed over California on April 25, 2016… Following Prince’s death.

The same strange purple hue appeared in the sky of Chile on the same day.

Staying true to ‘Purple Rain’, the skies then go from lavender to a deep, royal purple illuminated by spurts of lightening.

Did you see that awesome sky phenomenon?