We would rather expect an earthquake hitting Alsace or the French Riviera, but this morning, a rare M5.2 earthquake struck La Rochelle and Rochefort, Charente-Maritime at around 6:46 am (UTC).

The powerful quake was felt from Nantes to Poitiers with people reporting loud booms and worrying but short shakings. Did you feel it?

An earthquake occurred Thursday morning around 8:50 in the area of La Rochelle and Rochefort, Charente-Maritime. The magnitude of the tremor was first estimated at 5.2, and later downgraded to M4.9 by the French National Seismic Monitoring Network (ReNaSS) and to M4.3 by USGS. 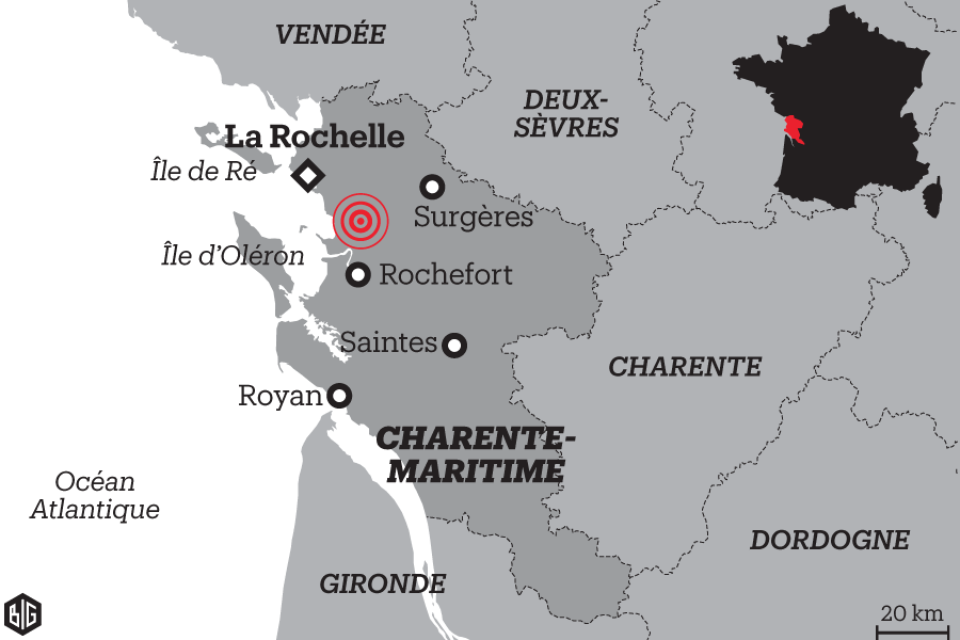 The epicenter was located 10 km south-southwest of La Rochelle and 23 km northwest of Rochefort at a depth of 10.0 km (6.2 mi).

Is it a known fault zone?

This area has already suffered earthquakes. It is a known fault zone. An earthquake with a magnitude greater than 5 was recorded on the side of the island of Oleron in 1972, and another around 4.5 in 2005.

Although it is not a complete surprise, such events are pretty rare in the area because it’s not the most seismic area of France. And an earthquake of this magnitude, only happens once every 5 or 10 years in the country.

No damages have been reported yet.

Testimonies evoke shaking that lasted between 5 and 10 seconds, objects falling off shelves and pieces of plaster coming off ceilings, loud booms and explosion noises:

Our walls moved, our computers too.
I was in bed sleeping when I felt strong tremors.
The whole warehouse shook for several seconds, there was a loud noise of metal vibrating.
We first thought a lorry had crashed into one of the docks. It was short but very intense and worrying.