Tremors were felt in the south of Kazakhstan, Uzbekistan, Tajikistan, Kyrgyzstan, in the north of India and Pakistan. Buildings were destroyed in nearby India.

Damages have been reported in nearby India and Pakistan. Here a picture from Srinagar:

The earthquake hit during prayer. Look at these people escaping from a Mosque as the earthquake strikes in Mardan, Pakistan:

The quake also triggered avalanches as shown in these pictures from Altar on Mount Sar, Pakistan:

Update: At least four people were killed in an earthquake of magnitude 6.6, which occurred in the afternoon near the border of Afghanistan and Pakistan. According to available information, two people were swallowed by a landslide at Caracara (north-western province of Khyber -Pahtunhva), and two others died crushed by a stone fence in Charsadda district. 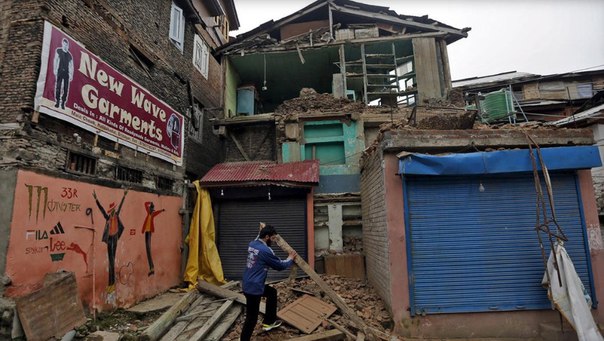 OMG! That must have been terrifying!