An apocalyptical wildfire has forced the evacuation of the entire population of the Canadian city of Fort McMurray. 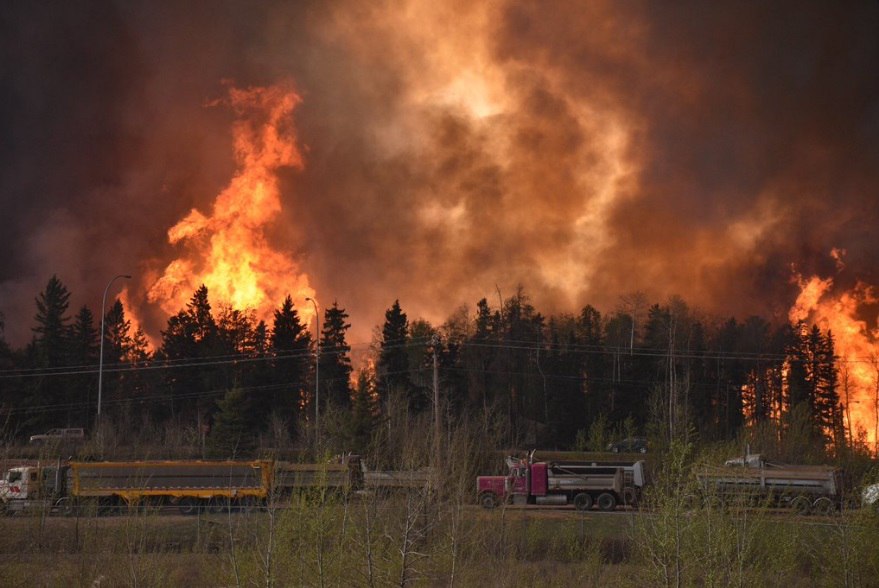 The fire started on Sunday south of Fort McMurray, some 380km (235 miles) north of the provincial capital, Edmonton. 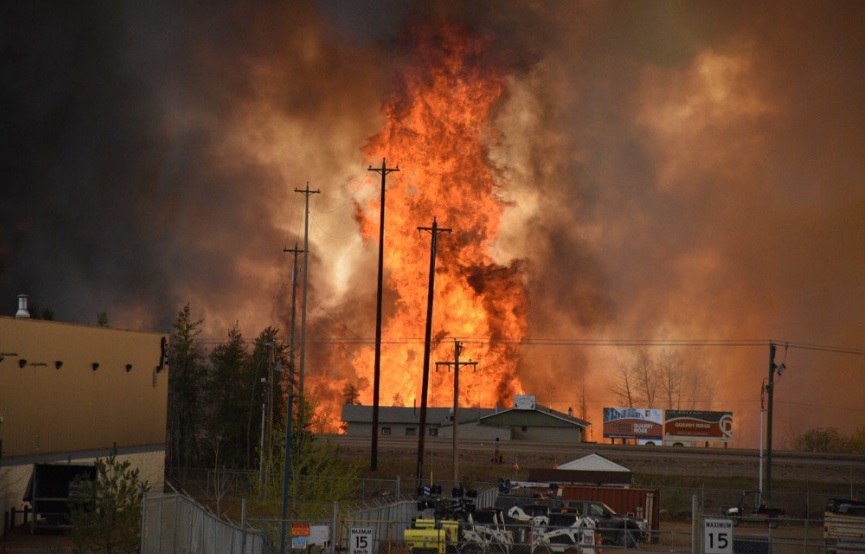 Fire officials had the fire contained until early Tuesday, when high temperatures and strong winds pushed the flames towards the city. 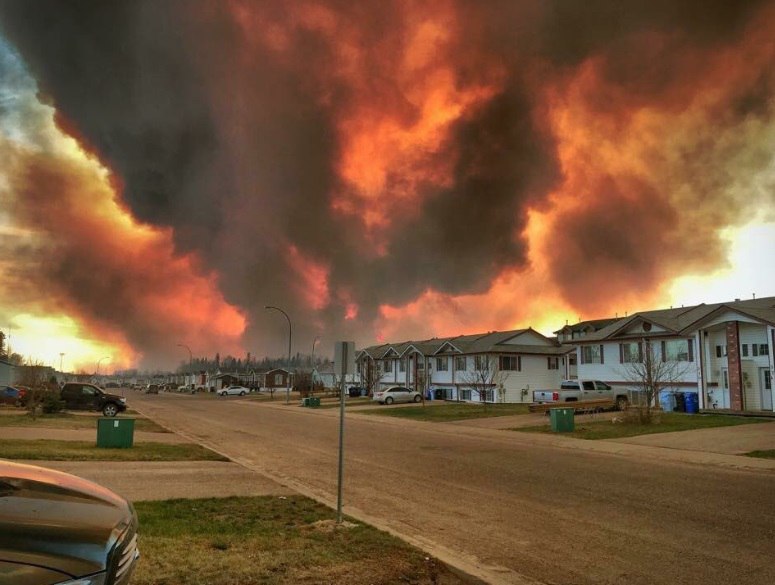 Driving through the inferno:

Homes, petrol stations and a hotel are among the buildings destroyed in the city, in the province of Alberta. 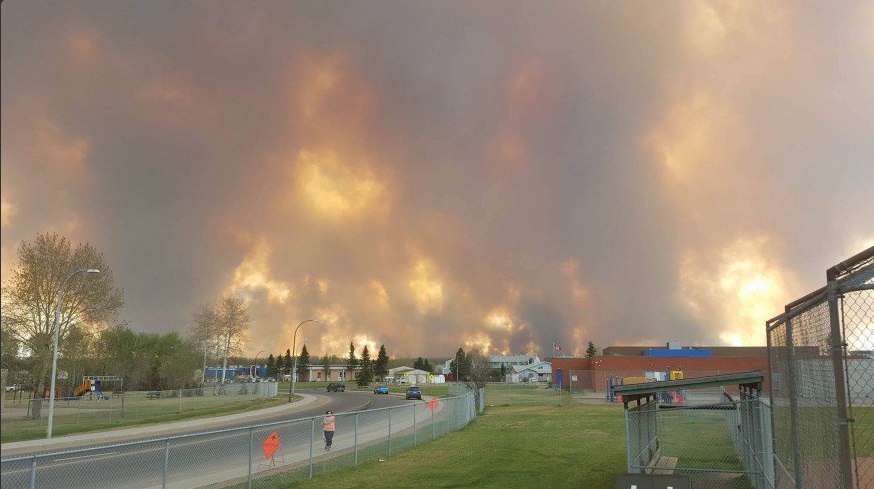 There was gridlock on roads. Many fled north after flames forced the closure of the main road south. No casualties have been reported so far. 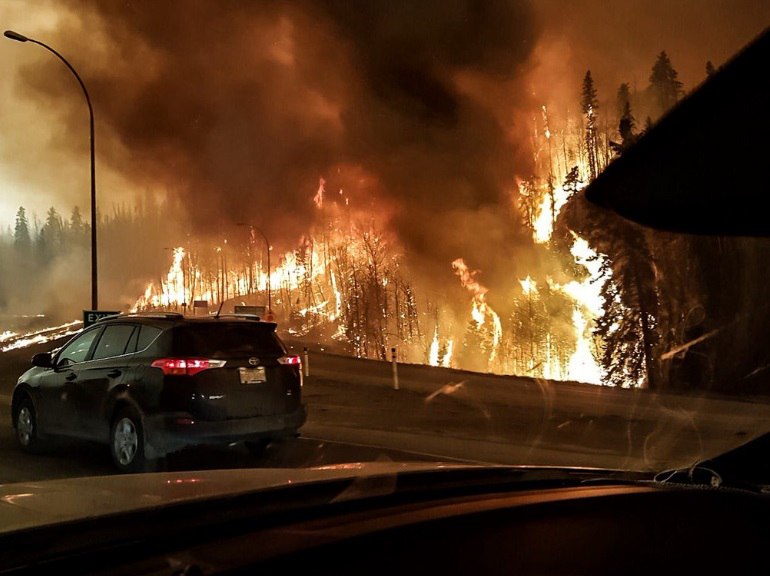 The sirens and anxiety in town:

Alberta Premier Rachel Notley called it the “biggest evacuation… in the history of the province“. 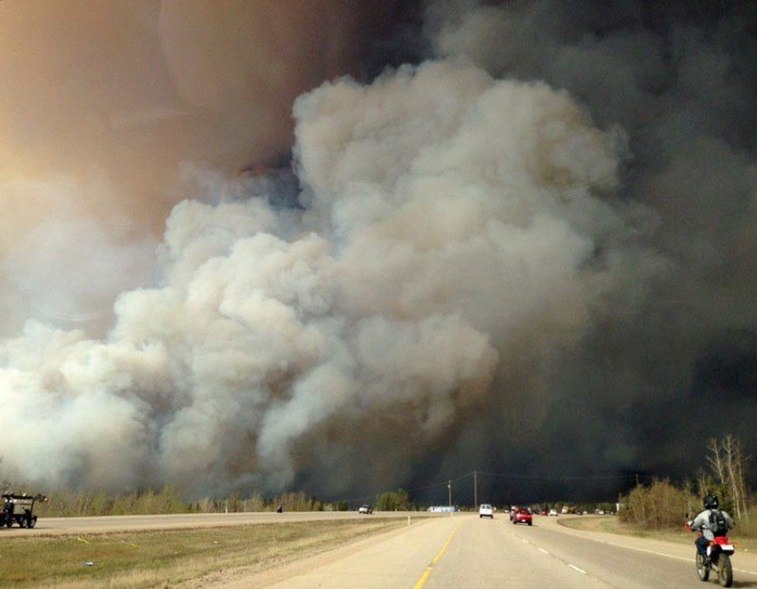 Emergency shelters have been set up in oil sands work camps to the north of Fort McMurray. 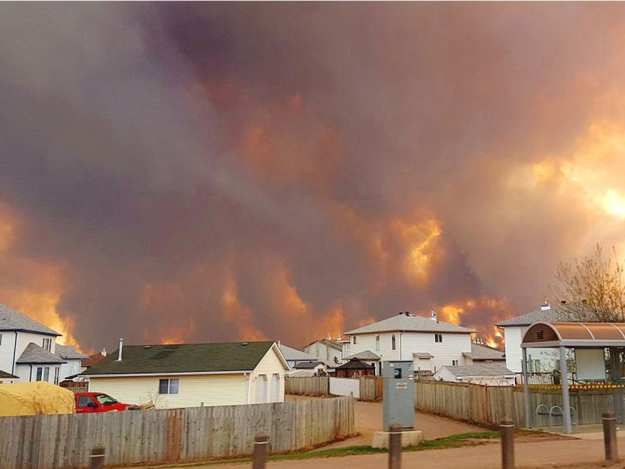 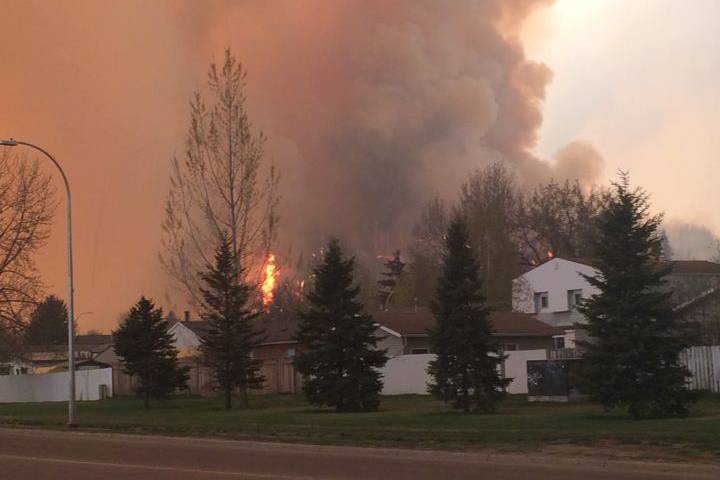 There were queues of traffic as people fled the city. 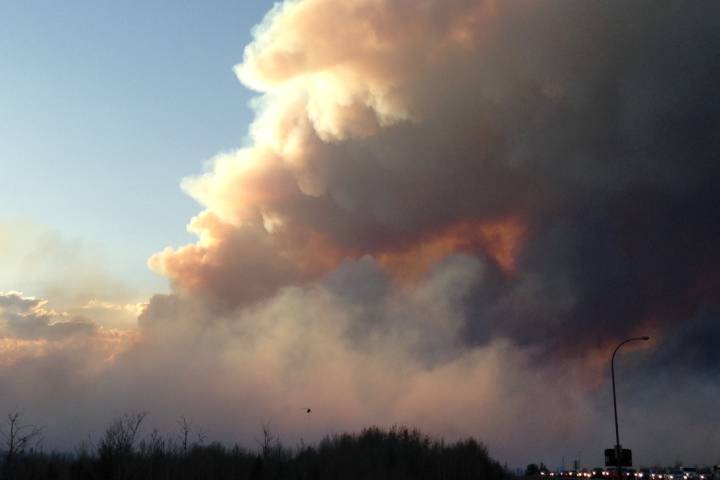 Waiting on the road:

Dozens of homes and buildings have gone up in flames. It must be an overwhelming feeling to think that you’ll never see your house again. 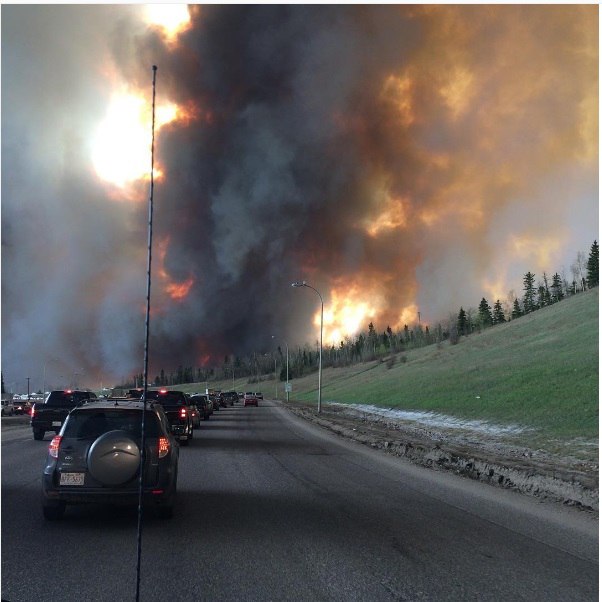 Smoke fills the air as a plane flies over Fort McMurray. It must be terrifying to watch all the trees candle-topping. Absolutely horrifying! 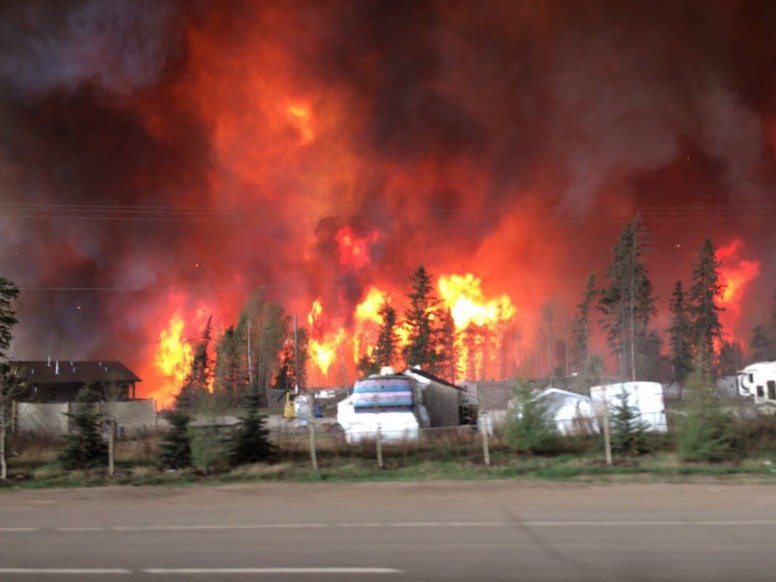 Around 100 firefighters are tackling the blaze, backed up by helicopters and air tankers with reinforcements on their way.

Justin Trudeau offered the government’s support to the people of Fort McMurray.