Visitors in the area around the South Shores Park Boat Launch found beaches covered with the crabs. 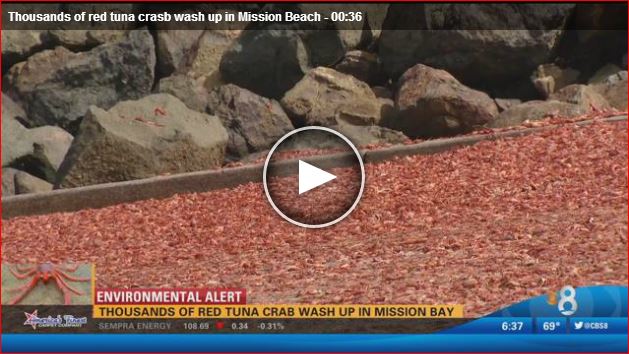 Red tuna crasbs are typically found off the coast of Baja California, however, El Nino weather patterns have pushed them north and onto Southern Californian beaches.

Something weird is going on and everybody blames El Nino.