The 3.7-km-long dyke between Lake Liangzi and Lake Niushan was blown up by officials in central China’s Hubei Province Thursday morning to disperse surging floodwater.

A total of 1,658 people were evacuated for the explosion. 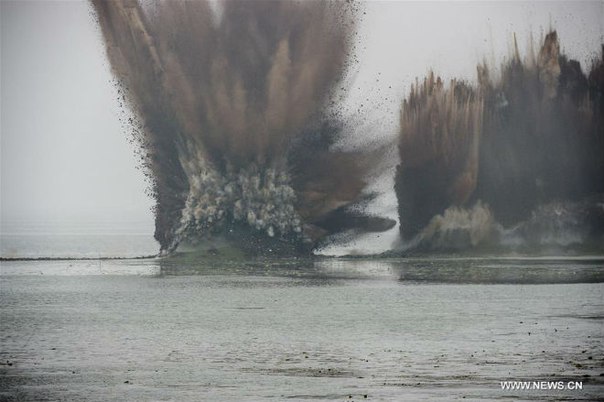 There was a 3.7-km-long embankment between Liangzi Lake and Niushan Lake. Now it is completely destroyed and the Liangzi Lake has become larger than before. 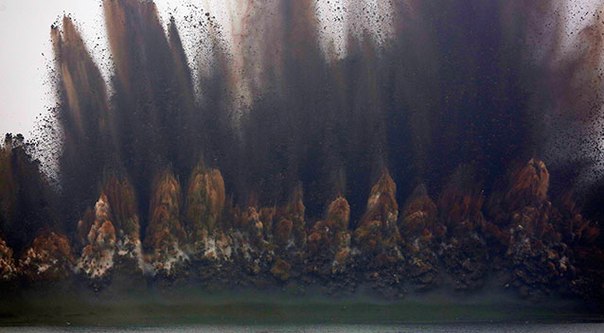 The armed police said the blast can disperse 5,000-cubic-meter floodwater of the Liangzi Lake and bring down the water level below the safety level, which prepares the lake for the future rains. 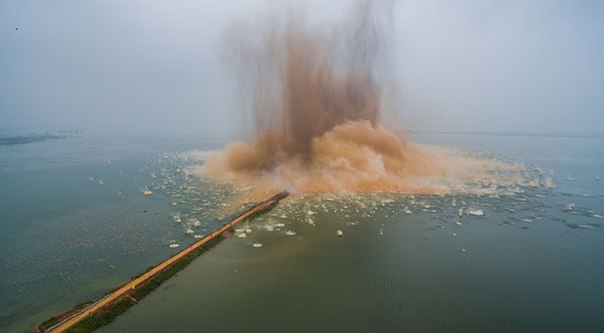 As shown by the video, the explosion that took place at 7:00am was very successful and the Niushan Lake is now part of the Liangzi Lake.

Liangzi is the second largest lake in Hubei, which has been among the region’s worst hit by the recent deadly downpours. Due to persistent rain since mid-June, water level of the lake hit record high – 0.12 meters above the safety level.