It’s not even a week away that the Colima and Turrialba volcanoes erupted violently. 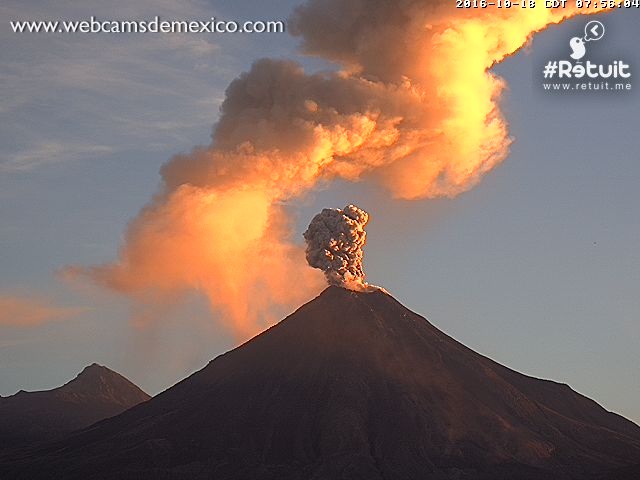 The Colima continues its activity with some photogenic explosions yesterday, Oct. 18th.

The last explosion sent ash to a height of at least 2,000 meters above the crater heading towards southeast. 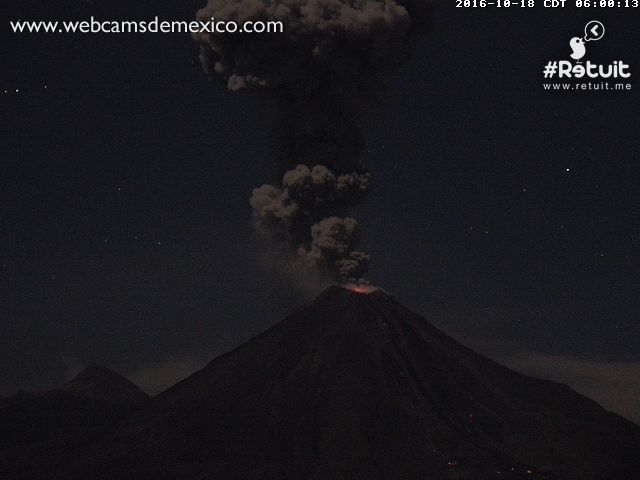 A viscous lava flow is moving at very low speed along the south side of the volcanic peak. 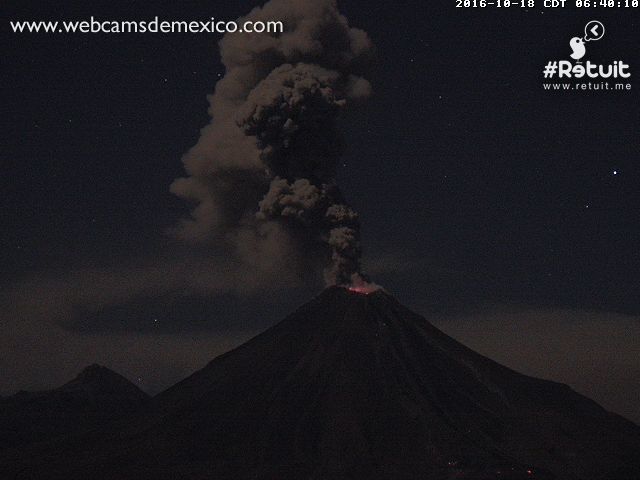 The dome has been destroyed due to repetitive explosions. 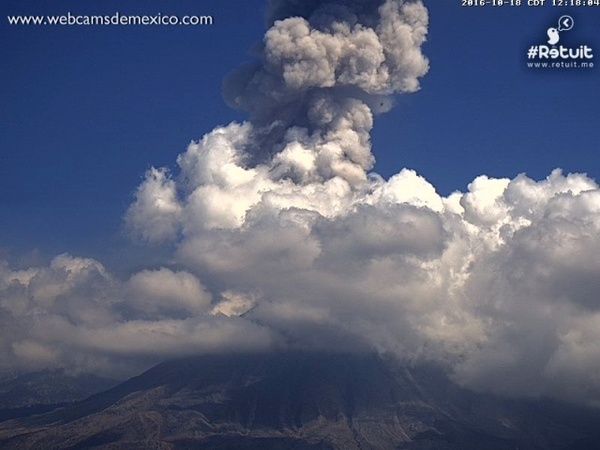 After a slight decrease in activity, the Turrialba came furiously to life on Oct 16th at 7pm local time. 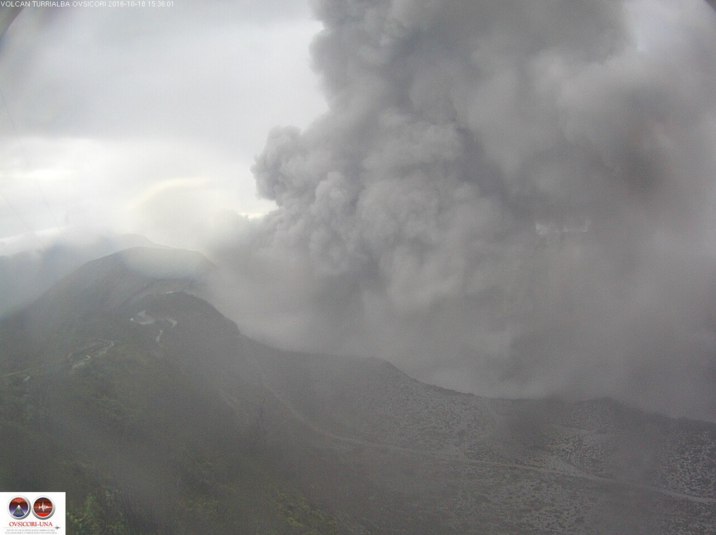 Here a video of the eruption:

The following pictures taken on October 19 show the the impact of falling ashes on the summit, and on surveillance teams, who perform work in difficult conditions. 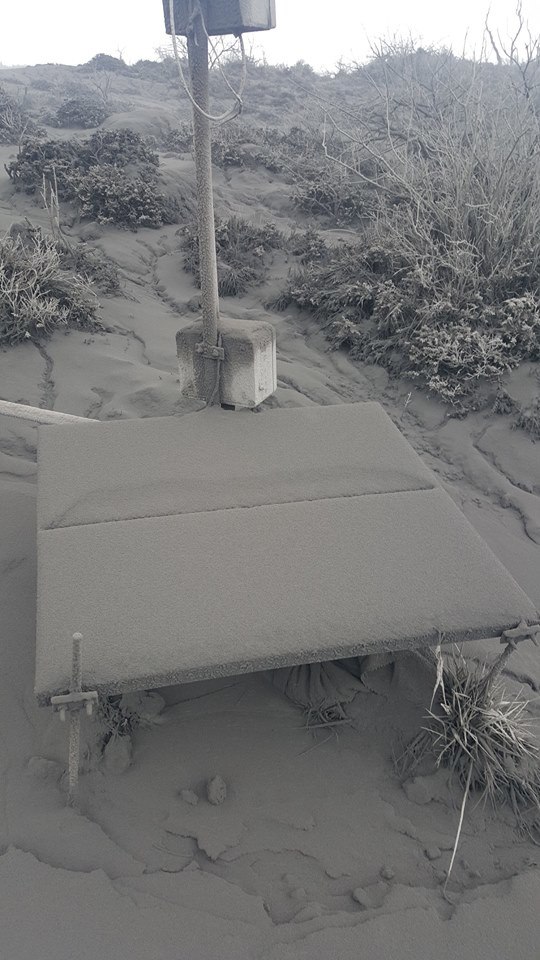 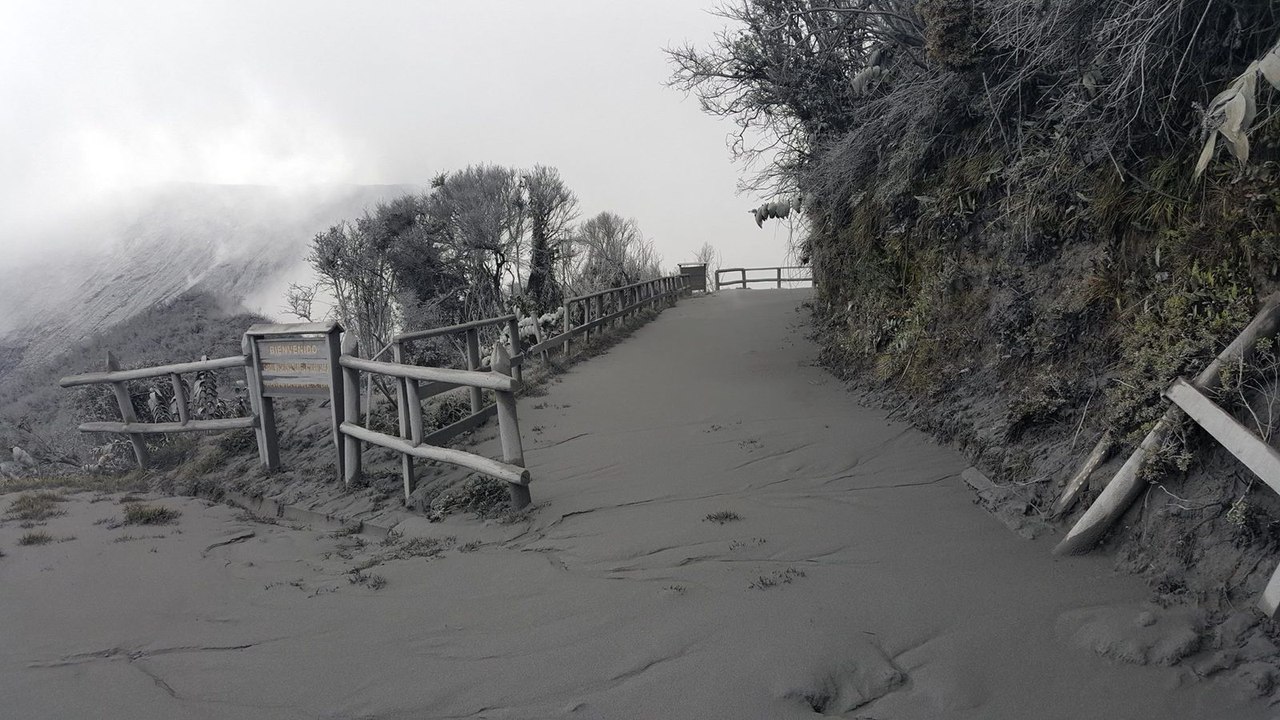 Finally, Phivolcs reported a phreatic eruption on October 19 at 4:58 local time at Bulusan. 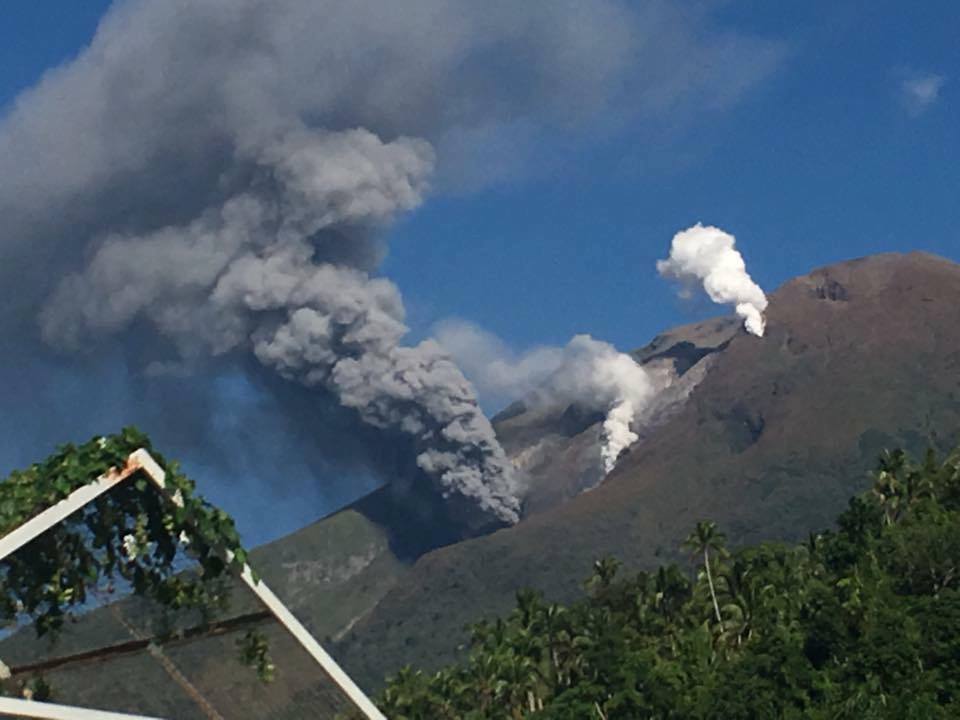 Cloud cover did not allow a continuous observation of this event, which lasted at least 9 minutes on the onsite seismographs. 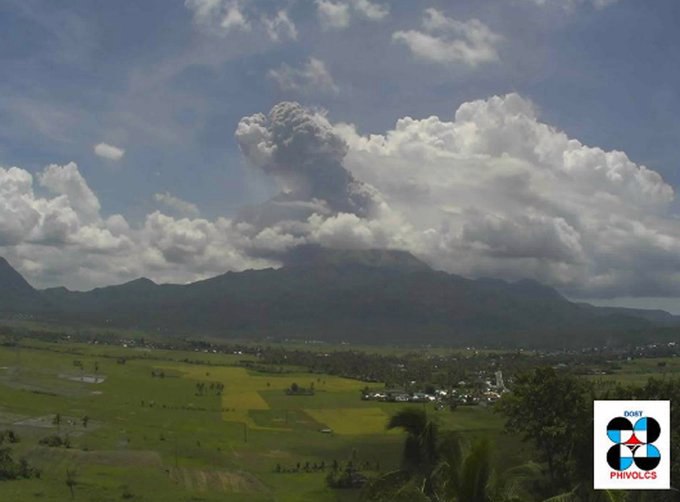 A plume of gas and ash reached about 1,000 meters above the crater.

The Permanent Danger Zone (PDZ) is maintained at 4 km. It was extended by 2km to encompass Mapaso, San Roque and Patag due to phreatic eruption hazards.