A powerful eruption at Mayon volcano, Philippines at 04:45 UTC on Monday, January 22, 2018 (12:45 local time), ejected a column of ash up to 12.5 km (41 000 feet) a.s.l. The eruption lasted for some 8 minutes and generated pyroclastic flows towards the towns of Camalig and Guinobatan situated southwest of the volcano. The volcano in Albay Province has been exhibiting increased seismic unrest, lava fountaining and summit explosions. In view thereof, DOST-PHIVOLCS is raising the Alert Level of Mayon volcano from Alert 3 (increased tendency to hazardous eruption) to Alert Level 4 (hazardous eruption imminent). The Danger Zone was also extended to 8 km (5 miles) from the summit vent. Heavy ashfall was reported in communities around the volcano and as far as Ligao City, 35 km (21.7 miles) away, causing zero visibility in parts of Guinobatan, Ligao, and Camalig. All public and private schools across the entire province have been suspended and closed. 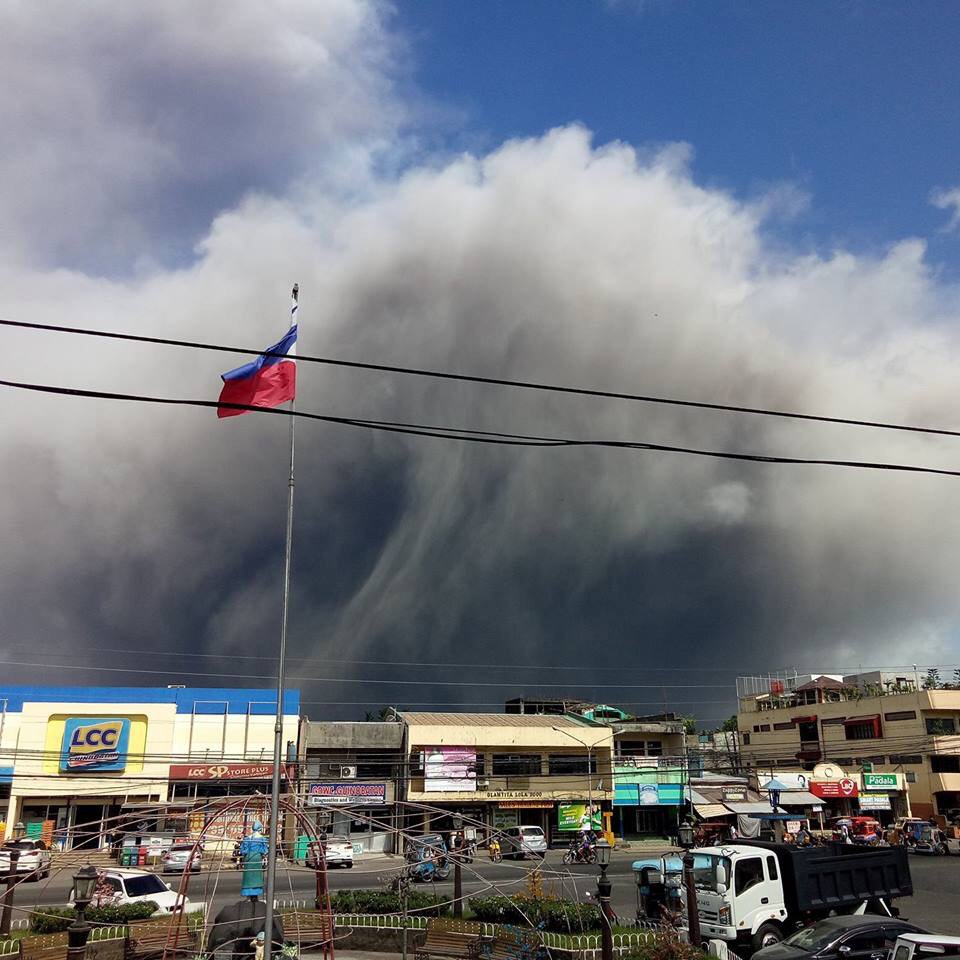 Just in. Alert level 4 was raised over Mayon Volcano.
This means extension of danger zone to 8 kilometers or more is recommended in the sector where the crater rim is low. The public is advised to wear protective masks and continue to be safe and vigilant.
(Video: @MJEvalarosa) pic.twitter.com/5d4NkhgA6t

Heavy ashfall reduces visibility to almost zero in communities around the volcano Mayon in the Philippines on January 22, 2018:

Residents and tourists have been reminded to observe the danger zone — not to panic, but in essence just be ready. Prepare either gas masks, handkerchiefs or clothes to prevent inhalation of fine ash. There are two possible scenarios: continuous lava eruptions, or a more dangerous pyroclastic flow. As a long-term solution, residents should start settling more than 6 km away from Mayon, so they won’t have to evacuate frequently.

Such an volcanic eruption at Mayon is so beautiful and at the same time terrifying! Be prepared!