The polar vortex just split in two… And this split will have far-reaching consequences for weather patterns from Canada to Eurasia. Since the polar vortex tends to be associated with some of the coldest air during the winter, the temporary separation means that ultra cold air is on the move. The latest split is likely to put Western Europe and much of Eurasia into the deep freeze for the rest of February, and will offer glimpses of hope for snow lovers along the U.S. East Coast.

Caught in between is the Arctic Ocean, which should have some of the coldest air of any region in the Northern Hemisphere right now, but instead has seen yet another unusually mild winter. The polar vortex’s split means that the ultra-cold air is being siphoned away from the Arctic, leaving unusually mild conditions in its wake.

Most computer models appear to agree that in the near-term, colder and stormier conditions than average are likely for Western Europe and much of Eurasia during the rest of February into early March. During that same period, the Eastern U.S. will experience something of a spring thaw, with temperatures as much as 20 to 25 degrees Fahrenheit above average for this time of year. Highs in the 70s Fahrenheit are possible during the closing days of February in Washington, D.C. and New York City, areas that saw record cold at the start of the winter. Ski areas in the western part of the country, particularly in the Northern Rockies, could see heavy snowfall and ideal snowmaking conditions during the next two weeks.

Models are indicating very impressive early Spring warmth across the eastern U.S. next week… the West/Rockies will have some cold air to deal with, however. pic.twitter.com/nddbOhrHGd

Don’t be surprised if Arctic sea ice sets yet another record low for the winter season.

This split occurred in the stratosphere

The polar vortex split isn’t the only factor favoring a cold snap in Europe, warmup in the Eastern U.S., and cool down in the West. There’s also a cycle of atmospheric pressure over the North Atlantic Ocean, known as the North Atlantic Oscillation (NAO), that can increase the odds of colder and snowier weather in some of these areas.

Computer models are projecting the NAO will become strongly negative during the next few weeks in response to the polar vortex split and stratospheric warming event, and this also favors cold and snow in Western Europe. (It also ups the odds of similar weather in the eastern U.S., but that may not happen right away.)

Learn what is the polar vortex in this video:

“A significant PV [polar vortex] disruption is often followed by widespread cold temperatures across northern Eurasia and the Eastern US. However the cold is more certain across northern Eurasia following these type of PV disruptions,” meteorologist Judah Cohen, who specializes in seasonal weather forecasting and tracking the polar vortex for AER, a Verisk Analytics company, wrote on his blog.

The negative mode of the NAO typically features an area of strong high pressure over Greenland, which blocks the progression of weather systems moving in from the southwest, and causes the jet stream to plunge southward over Europe, allowing cold air to flow in from the Arctic and Scandinavia. Sudden stratospheric warming events tend to cause the NAO to switch into negative mode shortly after they occur.

The rest of February should feature a colder than average Western U.S., coupled with a milder than average East Coast. However, the negative NAO phase could bring a return of winter weather to the East in early March, depending where exactly that Greenland block sets up. There’s often a delay between when the polar vortex is disrupted, and when the cold air arrives in parts of the U.S., if at all.

Snow lovers will be watching upcoming forecasts anxiously, because the deeper into March we go, the less likely widespread snows along the East Coast become.

Be ready! Or get prepared for the uncoming strange weather! 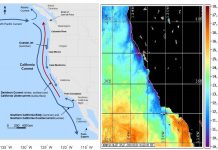 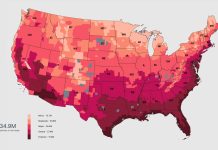 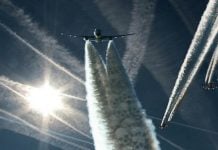 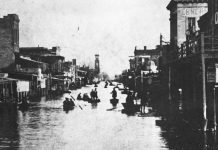 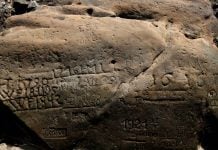 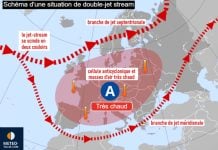 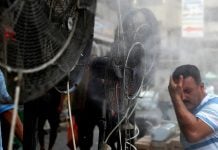 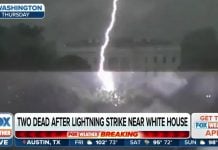