Normally ice-free at this time of the year, the Orb River is still covered in ice. It has slowly started drifting towards the Arctic like a giant monster, and with enough power to destroy metal railings along its banks in Surgut, Russia. Look at the powerful video below:

Sometimes it sounds like a rustle. Then you hear a rumble as the ice breaks.

There is something here. Something primordial, real, strong and sincere.

Explosives are regularly used to avoid ice clogging on the Ob River, but sometimes even 17 tons of TNT is not enoug. This week, the Lena River – the world’s 11th longest river – has flooded remote settlements in Siberia, pushing authotities to declare a state of emergency.

Siberians know it… If you fail to go and watch the Ob River, the Ob will come to you. The Ob River flows up the eastern coast of Yamal, a gas-rich peninsula whose name literally means the ‘end of the world’. 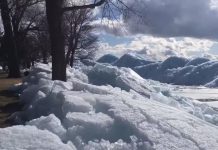 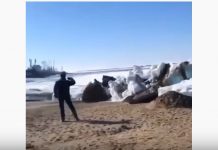 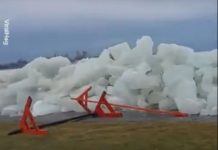 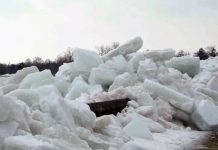 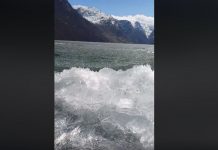 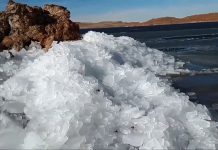 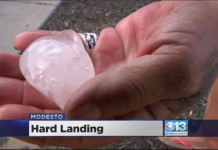 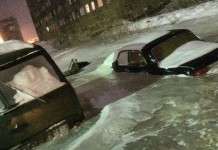 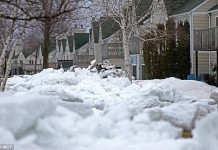