The end of Vancouver Island? According to seismologists, Vancouver Island is overdue for a magnitude 7 earthquake and has entered a period of time where an additional magnitude 9 mega-thrust rupture earthquake, likely to cause a tsunami, can be expected.

The last big Vancouver Island earthquake struck Courtenay in 1946 and measured 7.3 on the Richter scale. The GSC says quakes of this magnitude should happen every decade, so the Island is about 70 years overdue.

As well as this imminent quake, Mulder says we have entered the timeframe to expect a magnitude 9 mega-thrust rupture earthquake too. These Cascadia Subduction Zone earthquakes happen every 200 to 800 years, and the last one occurred 300 years ago. If it hits magnitude 9, it will cause a tsunami, wreaking havoc on some coastal communities on the Island.

While storms often whip up 100 or 200 metres worth of surface water, tsunamis move the whole water column, several kilometres of water, at over 700 km per hour.

The wave that will hit the west coast is likely to be about 10m high, wrapping around the Island and being 4 or 5m by the time it hits Victoria, 1 or 2m when it reaches Vancouver.

West coast residents will most likely receive hours of notice for tsunamis originating from across the Pacific, but only 15–45 minutes for those from the Cascadia Subduction Zone. There will be more time for people in Greater Victoria. Mulder advises that if a quake lasts longer than three minutes, it is likely magnitude 9 and a tsunami is incoming. 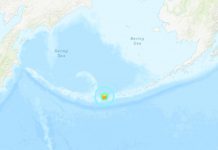 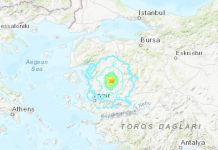 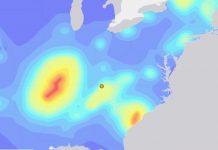 M3.8 Earthquake Near Fincastle Felt Across East Tennessee and Southern Kentucky – Seventh Strongest Quake in East Tennessee in More Than a Century –...