The highest volcano of Eurasia, the Klyuchevskoy volcano, is currently erupting.

And during its eruptive phase that has started on April 10, the highest mountain on the Kamchatka Peninsula of Russia has even puffed a very rare and large volcanic smoke ring.

As reported by KVERT, the moderate explosive-effusive eruption of the Klyuchevskaya Sopka volcano continues.

Strombolian and sometimes Vulcanian types of volcanic activity are observed.

The smoke ring appears at 00:40 sec in this first video:

Lava is flowing on the southeastern flank of the volcano (the Apakhonchich chute), accompanied by phreatic bursts and collapse of loose slag material.

The alert level remains Orange, meaning: “Volcano is exhibiting heightened unrest with increased likelihood of eruption or, Volcanic eruption is underway with no or minor ash emission.“

Learn how volcanoes create these rare smoke rings that even the Marlboro Cowboy would gulp at here. 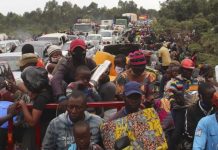 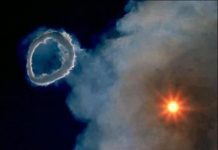 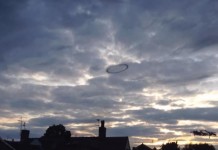 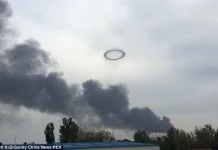