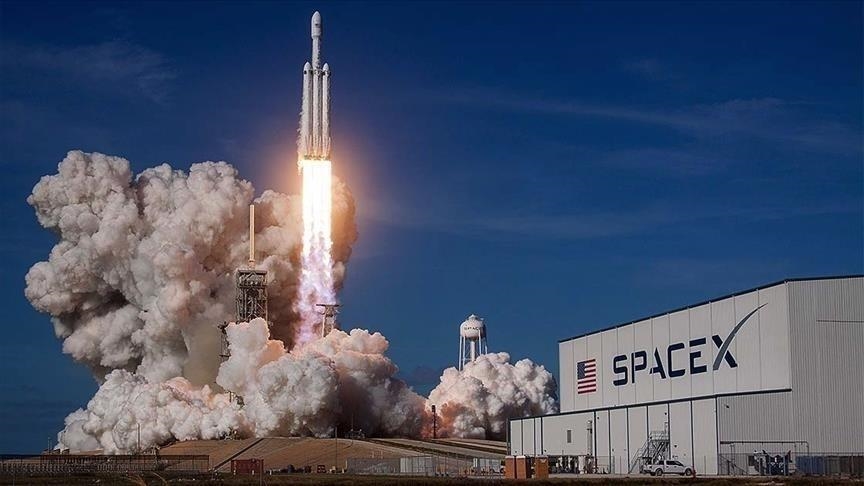 SpaceX has lost dozens of satellites after they were hit by a geomagnetic storm a day after launch, causing them to fall from orbit and burn up.

Such solar “storms” are caused by powerful explosions on the sun’s surface, which spit out plasma and magnetic fields that can hit the Earth.

The company, owned by billionaire Elon Musk, said up to 40 of 49 satellites from last week’s launch were hit.

They had been due to join its Starlink satellite internet project.

The system is relatively expensive, but can be used in places where wired connections cannot. For example, in Tonga, where January’s earthquake severed the island’s nation’s undersea data cable, a Starlink station is being built in nearby Fiji to help restore access.

The latest 49 satellites were deployed about 210km (130 miles) above the Earth’s surface. SpaceX said “each satellite achieved controlled flight” after being sent up on 3 February.

However, a day later, the geomagnetic storm hit the Earth. It is the same kind of mechanism that creates aurorae like the Northern Lights, but it can have dangerous effects too.

This storm warmed up the atmosphere and made it much more dense than expected.

“Onboard GPS suggests the escalation speed and severity of the storm caused atmospheric drag to increase up to 50% higher than during previous launches,” SpaceX said.

SpaceX tried to put the satellites into a “safe mode”, turning them to fly edge-on to minimise drag.

The drag was strong enough to stop the satellites ever getting out of that “safe mode” and back into the orbit they needed to reach to be stable. Instead, “up to 40” will fall back into the Earth’s atmosphere and burn up.

Jacob Geer, the UK Space Agency’s Head of Space Surveillance, said he does not expect “any part” of the satellites to hit the ground.

“Events like this are a reminder that space is challenging – getting satellites or astronauts into orbit is still not easy,” he said. [BBC]