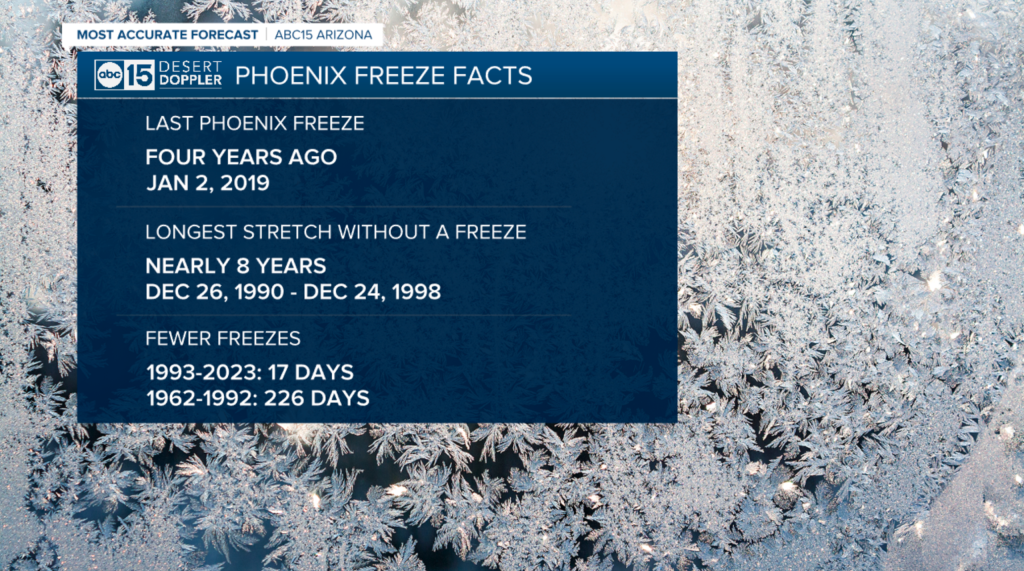 It’s been one of the coldest days in the years here in the Valley and we’re still not done with chilly temperatures.

The official high at Phoenix Sky Harbor on Monday was 50 degrees, making it the coldest daytime high since February 22, 2019, when Phoenix only warmed up to 47 degrees.

Tonight could also be the coldest night in four years. If it does freeze tonight in Phoenix, it would be the first time since January 2, 2019, that temperatures dipped to 32 degrees or colder here.

However, the longest stretch without a freeze in Phoenix was over a span of nearly 8 years back in the 1990s.

Freezes were more frequent back in the day, too. Over the past 30 years, there have been 17 days with temperatures at or below 32 degrees, but from 1962 to 1992, Phoenix officially froze 226 times.

That’s 13 times as many days compared to the last 30 years.

Temperatures will slowly warm up the rest of the week with highs back in the 60s by Wednesday. [ABC15]