Is the world entering a series of cataclysmic events?

Earth Changes was introduced by Edgar Cayce to refer to the belief that the world will soon enter on a series of cataclysmic events causing major alterations in human life on the planet.

Earth changes include ”natural events”, such as major earthquakes, the melting of the polar ice caps, a pole shift of the planetary axis, major weather events, solar flares and other amazing and frightning phenomena.

Here we feature the most amazing apocalyptic weather events happening around the world.

Florida has a secret surveillance system at toll roads tracking you...

Twin Suns: Our sun may have started its life with a...

Navy says all UFO videos will remain classified because releasing them...

The rice capital of California is now just a wasteland. Look...

Alligators are suddenly attacking boats in Texas and no one knows...

In 400 BCE Persian engineers created a ice machine in the...

3 Greatest celestial events of the century will happen almost consecutively....

Terrifying video shows thousands of dead cattle in Rajasthan, as 57,000...

The zombie apocalypse is real and it’s happening all over America...

My favorite picture of The Queen…

They are poisoning our sky! Mysterious rainbow rings are appearing in...

The corruption is massive EVERYWHERE!

Switzerland: 3000 more deaths than expected! Unprecedented excess mortality is a...

Oil supply is tightest, US strategic reserves at 38 years low

eSIM exclusively: All US iPhone models will no longer have a... 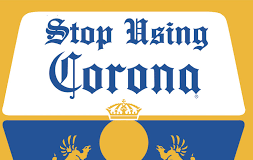 Farmers and producers warn of winter food shortages in Europe

Skeleton of female “vampire” unearthed at cemetery in Poland

God gave us two arms, one for the flu shot and...

What are Skinwalkers? Inside the mysterious Navajo legend

You can’t make this up! Gaslighting is happening everyday and it’s...

Strange Sounds IS NOW ADFREE. My work is entirely READER-SUPPORTED. So if you enjoy my newsletter or/and my website, please consider throwing some money into my tip jar! Thanks in advance! Manuel