This is the CBC News report about a series of small earthquackes (this type of event is often called “Earthquake Swarm”) which caused underground booms (or explosions) in McAdam and New Brunswick, Canada, on the last weekend. 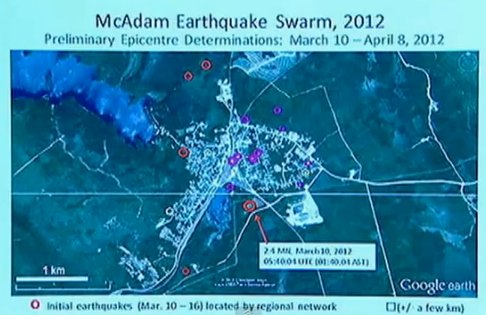 Gloria Nason (the community resident) said her house hasn’t sustained any damage and the only noticeable effect was a picture falling from the wall.

But she said the events are scary.

“We had two very large bursts of something, they are just like great big bangs like an explosion, very eerie, very scary,” she said.