Archaeologists have discovered a Maya text carved in stones at the “La Corona” dig site in Guatemala which refers to the 21st of the December 2012. These carvings are 1,300-year-old and represent the second known hieroglyph text with a reference to this date. Rather than containing a prophecy about “doomsday”, the “end of the world” or an apocalypse, the new inscriptions refer to the end of a 5,125-year-old cycle of time on the 21st of the December 2012. 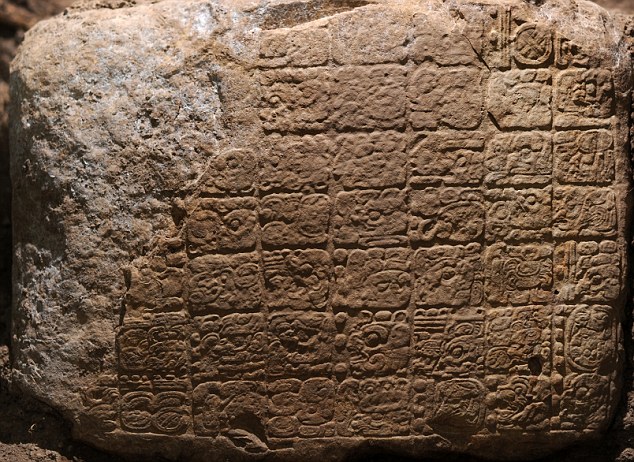 The Maya calender is made up of Bak’tun and K’atun which are permanent section of 144.000 and 7200 days, respectively. The 13th Bak’tun ends on 21st of the December 2012. The 12th K’atun ended in 692 and was followed by political instabilities in the Maya Kingdom. The new carvings refer to a visit of the King Yuknoom Yich’aak K’ahk’ at La Corona in 696 during which he claimed his will to stabilize the political situation and this until the end of a calender cycle – 21st of the December 2012. In other word, “the end” refers to the end of the 13th Bak’tun, the next higher time transition in the Maya calendar.

These 1,300-year-old carvings are described as one of the most significant hieroglyph fund. They are the longest known Maya texts at all and the longest ever discovered in Guatemala. They also demonstrate that Yuknoom Yich’aak K’ahk’was still alive in 696, although archeologists have long believed that the Maya king was killed or captured during a battle that occured few years before.