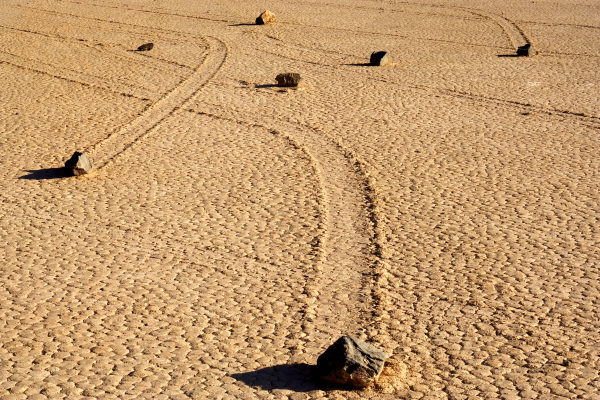 No joke! Up to 350 kg heavy rock blocks slide in a dry lake in the west of Death Valley National Park in the United States without the help of any human beings or animals and sometimes even against the very low gradient, ie upwards. The cause of this movement remains unknown, but the tracks in the desert sands are clear and real.

This phenomenon was discovered in the 1900’s and was at this time linked to magnetic forces. Now researchers believe the movement of these stones is possible when the lake bed (very fine clay) is weaken by rain and strong winds blow. Since no one have ever seen these stones moving, it remains an unexplained phenomenon.