Since January, more than 500 emaciated and dehydrated sea lion pups have been admitted into rescue centers in Southern California. Hundreds of malnourished sea lion pups have been washing ashore along the Southern California coastline in recent months, and scientists still cannot say for sure what is causing this disconcerting phenomenon. The first pups showed up on local beaches in early January. Since then, the number of reported strandings has been on the rise, mostly between San Diego and Santa Barbara.

Researchers believe the pups have weaned themselves early and left their colonies. But being too weak to find food on their own, they have been stranding themselves on California beaches to survive. The bad news is that it is not even peak stranding season yet.

But why are the pups leaving home ahead of schedule in the first place.

The last time local rescue centers have seen so many pups washing ashore in California was in 2009, when food supplies in the Pacific Ocean took a major hit as a result of the El Nino – a band of anomalously warm ocean water temperatures that develops every three-seven years. But 2012 was not an El Nino year, suggesting that something else has been causing the young sea lions to leave home in search of resources, often at their own peril. – Wired 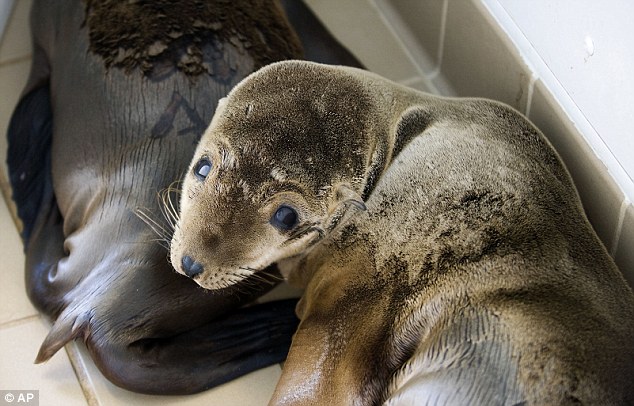