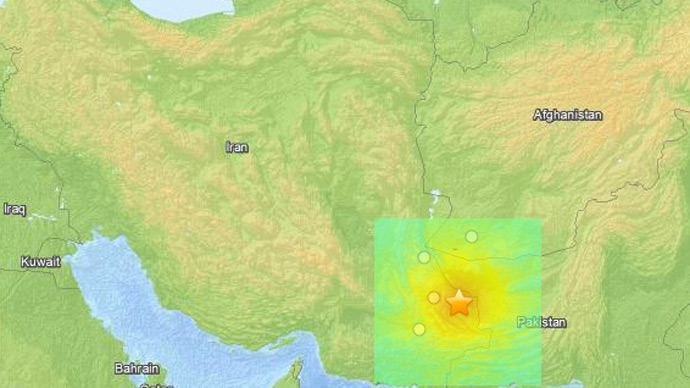 At least 40 are dead after a major earthquake struck Tuesday near the Iran-Pakistan border. The shallow and powerfull 7.8 magnitude earthquake, which struck along the Iran-Pakistan border, was felt in several countries in Asia Tuesday, rocking buildings in the Indian capital of New Delhi and striking with powerful force in Iran. The earthquake measured 7.8 on the Richter scale on Iran’s border with Pakistan, and appeared to be centered in the Khash, Iran. The earthquake was felt as far away as the Persian Gulf states. The depth of the earthquakes was 15.2 km (9.4 miles) below the earth’s surface.

In New Delhi, which is periodically shaken by temblors, the distant quake could be felt through the city, as buildings shook for more than 10 seconds and, in some areas, frightened people ran into the streets. No injuries were initially reported, nor were there any early reports of property damage in the Indian capital; however, that could potentially change, as the regions are surveyed for damage.

Seismic events appear to be on the rise in Iran. On April 9, a 6.3 magnitude earthquake killed 37 people in southeastern Iran. Most of Iran’s nuclear-related facilities are located in central Iran or its west, including the Bushehr nuclear power plant on the Gulf coast. Remember: