Incredible but true: Earthquake swarm at Tjörnes Fraction Zone (TFZ), Iceland. How will this earthquake swarm affect other faults in the area and will it trigger other earthquake swarms in nearby faults? The area from Sauðárkrókur to Raufarhöfn is now under alert. The largest earthquake so far was a magnitude 5.5 quake (00:59 UTC) and the strongest aftershocks a magnitude 4.4 tremor (01:14 UTC) and a 4.7 magnitude quake (08:55 UTC). The Tjörnes Fraction Zone in Iceland is a complex and highly active fault area. Since the beginning of the swarm, almost 500 earthquakes have been recorded and it is not finished yet. Although the earthquake swarm shows signs of dropping activity, its definite stop remains unknown. Moreover, it is not possible to forecast if it is going to pick up again. 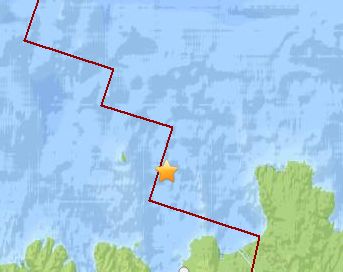 The location of the swarm is a relatively shallow ridge area. A ridge is a location where 2 tectonic plates are pulling away from each other. The Gulf of California is a classic place to study this exact same tectonic movement or in other words the early stages of the opening of an ocean basin. The video below depicts the evolution of the spreading ridge that marks the boundary between the Pacific and North American Tectonic Plates.

This second image presents an image from the Icelandic Meteorological Office depicting the earthquake activity at Tjörnes Fraction Zone (TFZ). Green stars represent earthquakes larger than magnitude 3.0. You can also observe that the quake swarm was very dense. 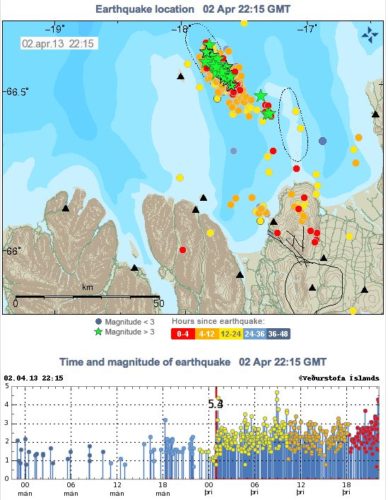