One man was injured and three boats were damaged in an early morning fire and explosion at around 7:30 a.m. in Ft. Lauderdale on April 24 2013.

The first explosion (40 foot cabin cruiser named “Chico Malo”) created a very scary loud boom and strong shakings when he caught fire. The flames then spread two other boats docked next to it. 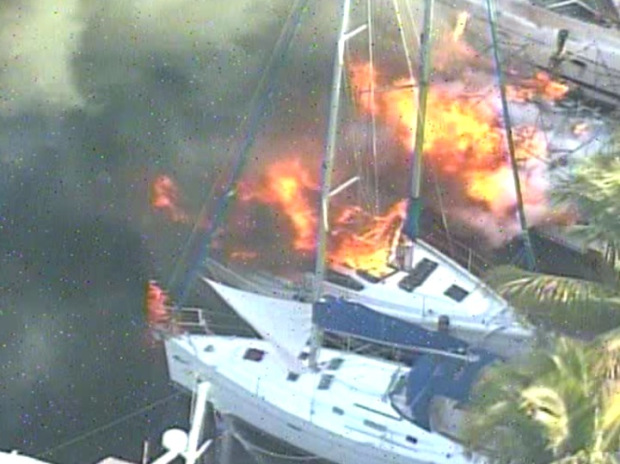 One man got burned and his health condition is critical. Although still unexplained the cause of this explosion seems to be gas vapors which were ignited by a bilge pump.