An international team of scientists have found what they believe are the world’s biggest ” pockmarks” — craters formed by seafloor eruptions of gas or fluids — in waters off New Zealand. The pockmarks are situated at a depth of about 1,000 meters on the seafloor of the Chatham Rise, about 500 km east of Christchurch. 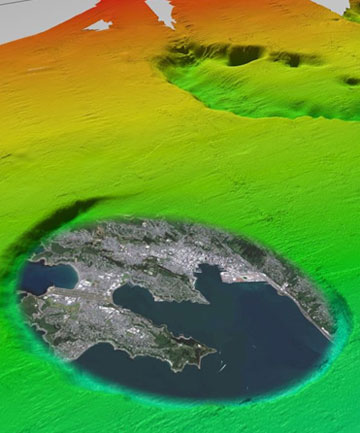 As discovered by the recent undersea study, the pockmarks stretch far out to sea and are part of a much larger field of thousands of smaller pockmarks that cover an estimated 20,000km of sea floor extending eastward along the Chatham Rise for several hundred kilometres from Banks Peninsula. – Stuff 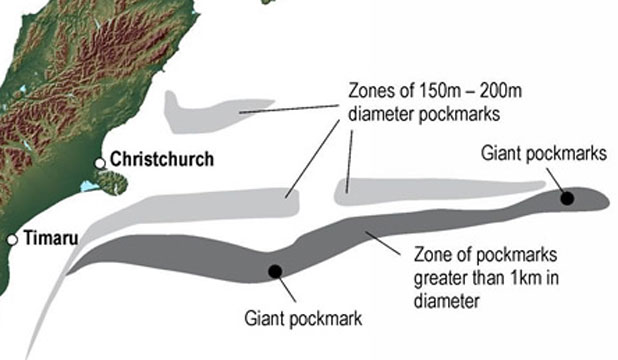