A portion of a major interstate highway collapsed on Thursday night. Four lanes of I-5 fell into the Skagit River in Washington State between the towns of Burlington and Mount Vernon.

Government safety inspectors raised concerns about the bridge in the past. Both the north and southbound lanes of the bridge fell into the water, and as such both directions of the highway have been closed in the area. The nearby highway was closed in order to prevent any other accidents. Scroll down for video! 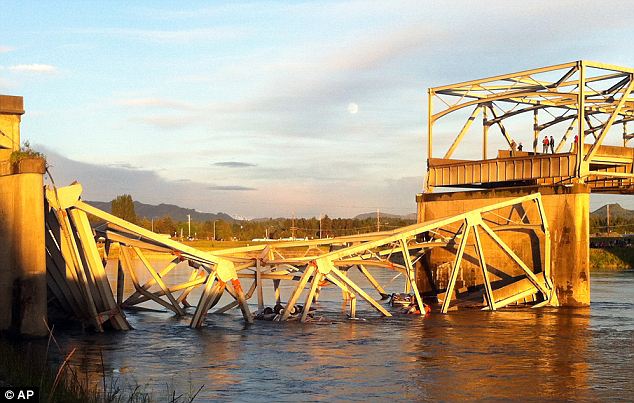 The bridge over the Skagit River collapsed shortly before 7pm on Thursday causing a number of passenger-filled cars to fall into the water below. 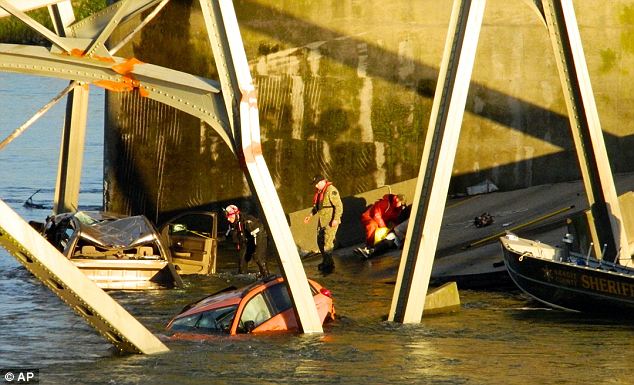 The bridge was reportedly listed as one of the state’s structurally deficient bridges.  The 2010 inspection called for an estimated $1,035,000 in repairs to bring the bridge and its connection to the surrounding riverbank up to satisfactory levels. 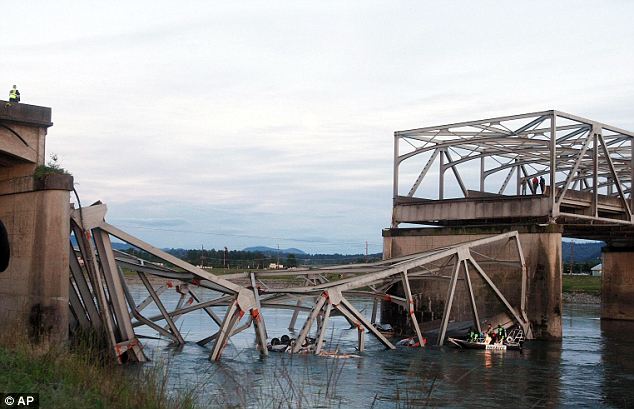 Three people were initially pulled from the water alive, though there remained concerns about other possible passengers who were trapped by debris. Concerns about the water pressure, drowning, and fallen concrete or metal all proved harrowing for the responding officers 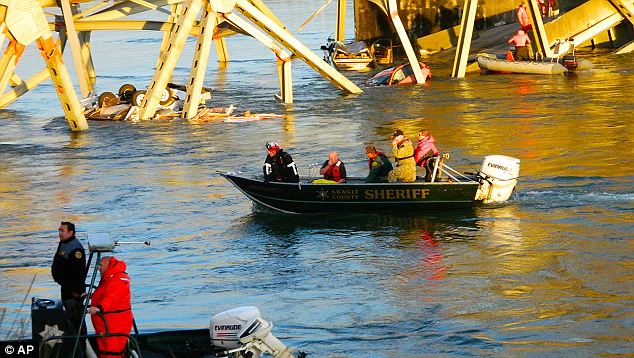 The I-5 runs through the state, crossing the Skagit River at a number of different points, but the bridge where the collapse happened was between Burlington and Mount Vernon. The bridge itself is in a rather remote area between the towns of Burlington and Mount Vernon but the interstate itself is a major thoroughfare that connects Seattle to Canada.