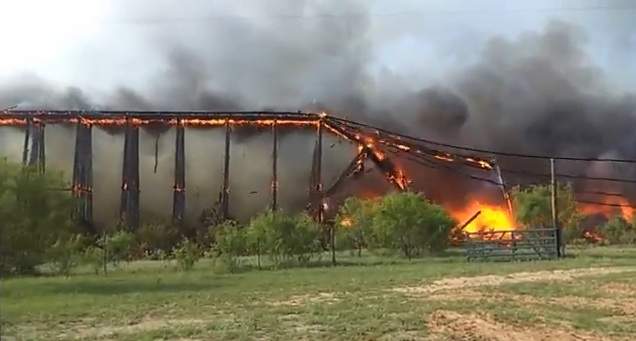 While looking at the video I had to think about the movie: Back to the future III. It features a huge railroad bridge on fire which collapses after a while. The bridge spans the Colorado River along the San Saba and Lampasas county line, east of San Saba, Texas, and north of U.S. Highway 190. The fire started on a train track before flames spread on a wooden bridge which was built in 1910 and used to move sand for fracking from Brady to Lomita over the Colarado River. Firefighters and volunteers battled the fire during about 15 hours before deciding to let the fire burn as it would be too dangerous to battle the flames from the bridge. A foot bridge that crosses the river also burned. Damage estimates run as high as $10 million. Today, part of a bridge on the Interstate 5 in Washington State also collapsed.