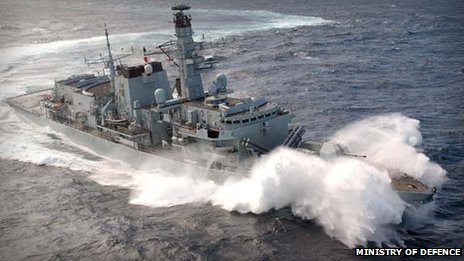 Residents in north west Wales might have been forgiven for wondering if they were coming under bombardment when a series of loud bangs rocked the air at about 13:00 BST on May 6 2013. It is now confirmed: the booms wre related to a warship exercise near Tywyn. The ship, the HMS Montrose, is currently undergoing preparations for deployment later this year.

Noises occurred every 20 minutes and seemed to be in a sequence of about five or six each time. It was very disturbing since homes in Criccieth were shaking. People even reported that it felt quite dizzy hearing noises as you can feel them, like a bass boom in a nightclub.

Bangs were also described as like thunder, sonic boom or seismic-like activity, and some said it caused the ground and walls to shake.