A dust storm on Interstate 80 in rural northern Nevada led to a 27-car pile-up in zero-visibility conditions. One truck driver was killed and several people were injured on Monday evening, June 10, 2013. 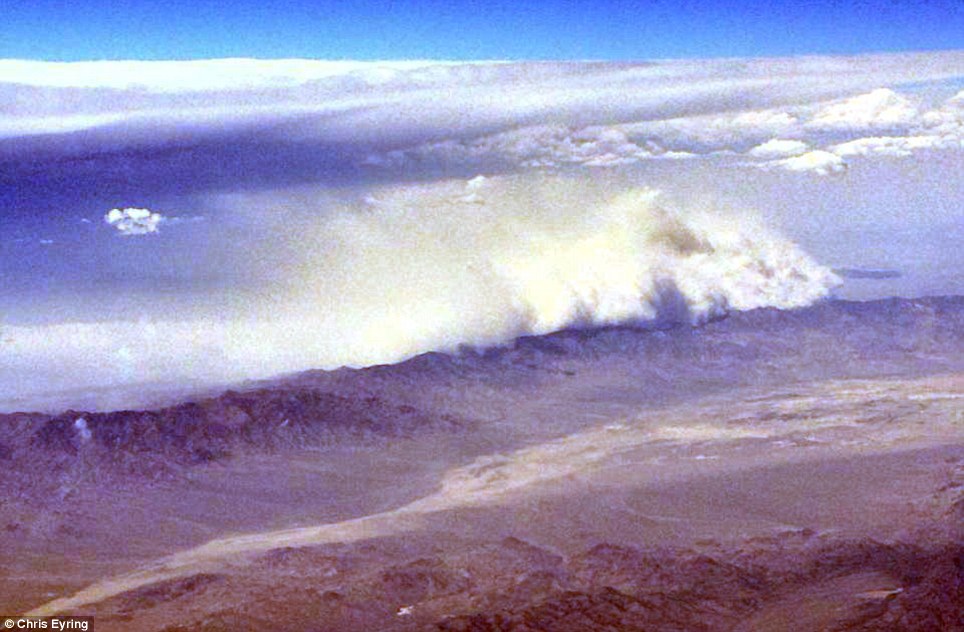 The carnage on I-80 at Winnemucca shut down the east-west corridor, a major trucking route, in both directions while workers cleared the scene of wrecked vehicles and debris. 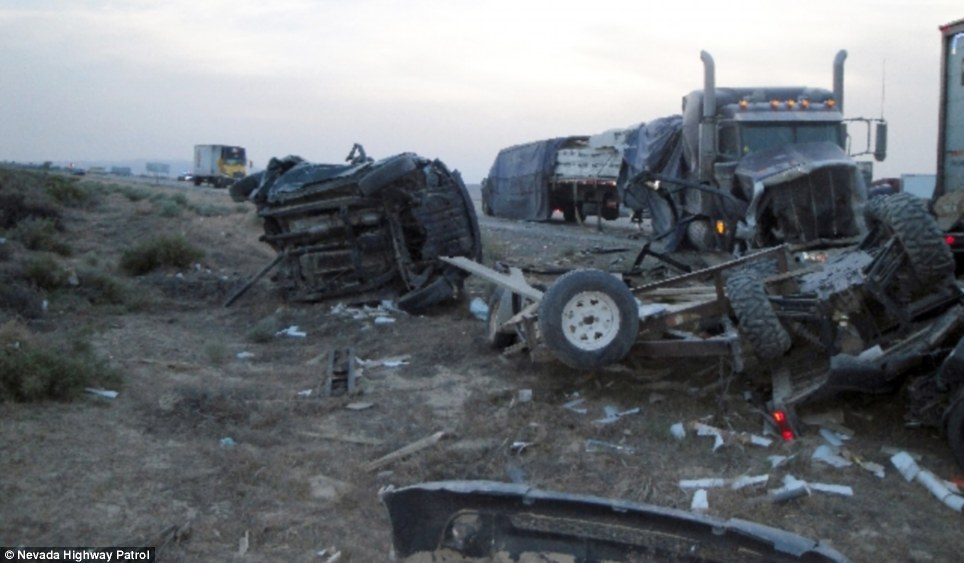 High winds at about 5pm on Monday whipped up dust – possibly loose from recently cleared fields – and created whiteout-like conditions. 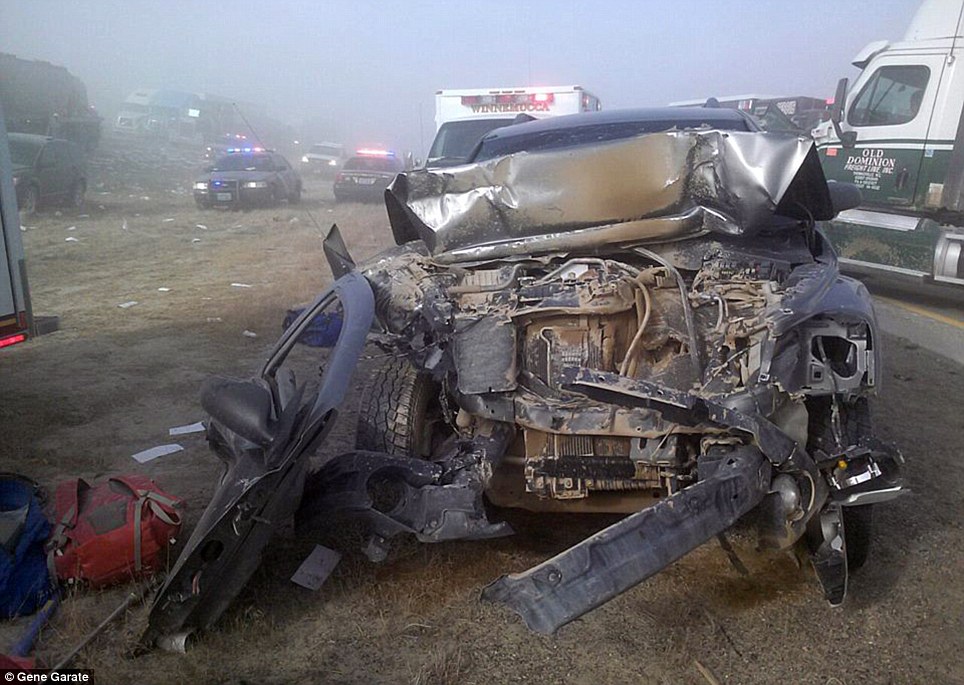 All emergency services workers in the sparsely populated area of Humboldt County were called in after drivers reported ‘near-apocalyptic’ conditions on Monday evening. 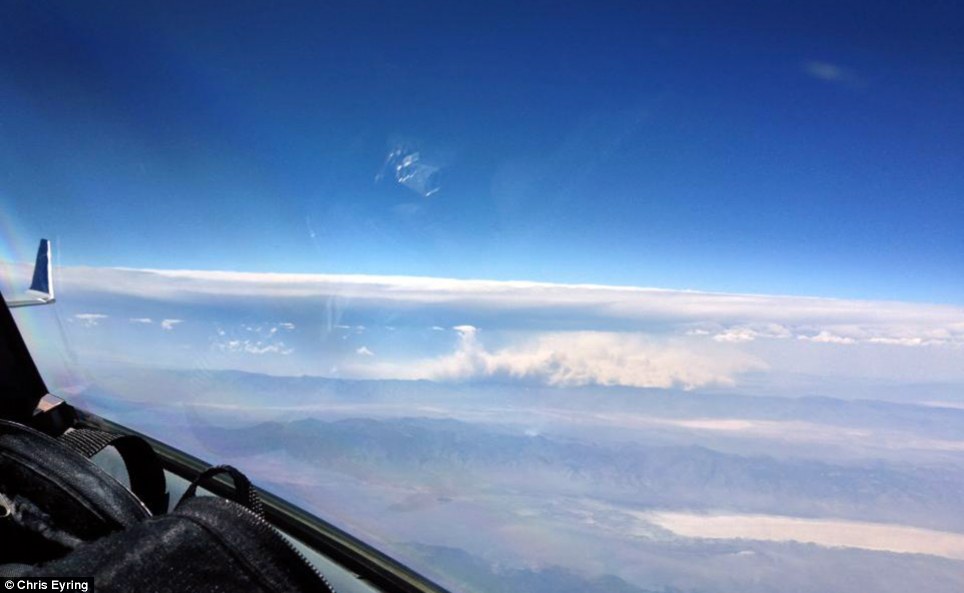 26 people were treated at the hospital, including three in critical condition at the Humboldt General Hospital. 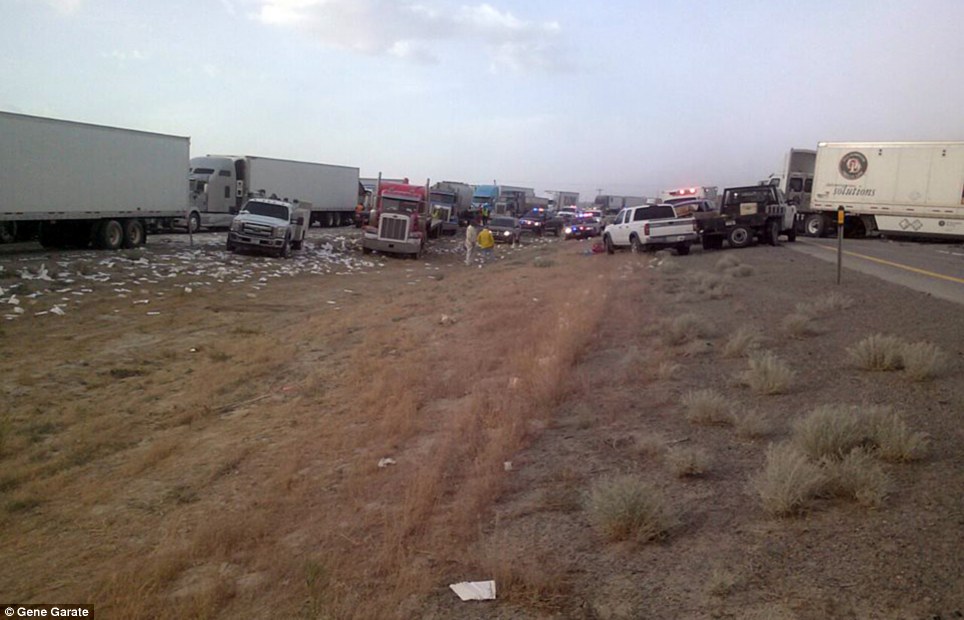 Images from the scene showed crunched-up vehicles, at least one overturned SUV, and damaged big rigs with their loads spilling onto the road. 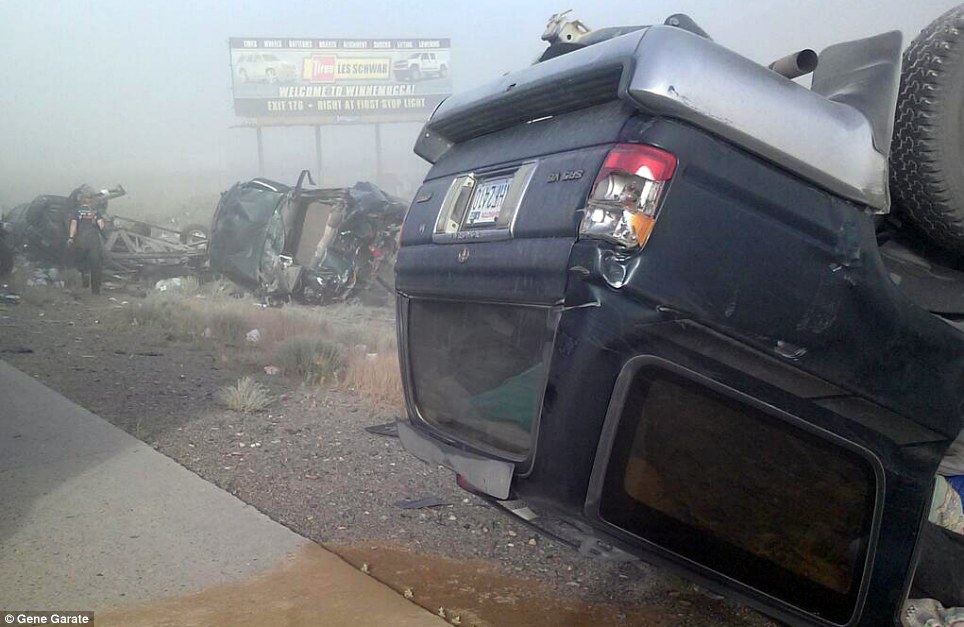 Overturned vehicles lie strewn across the freeway after the storm. 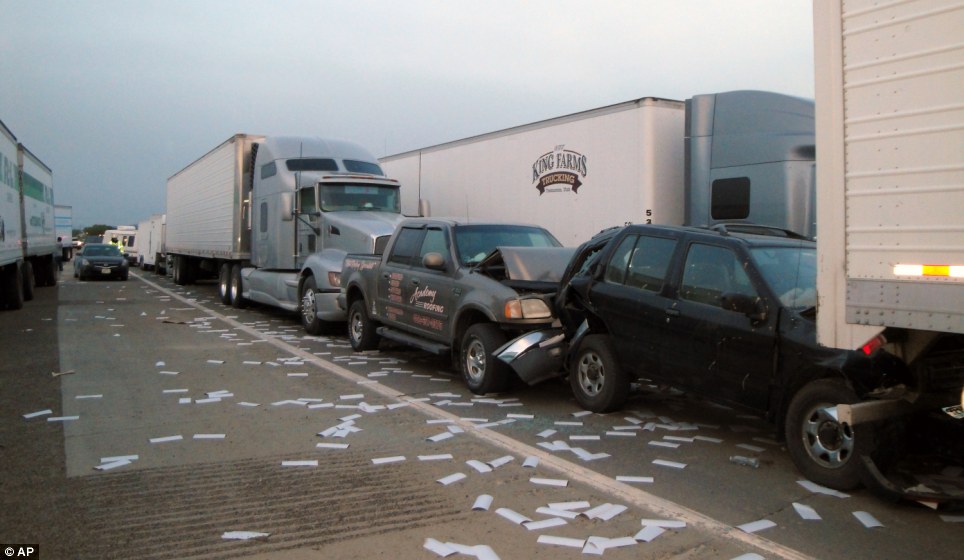 Vehicles, including semitrailers, passenger cars and a tow truck piled up in both directions.

Traffic was still being diverted more than 12 hours later. 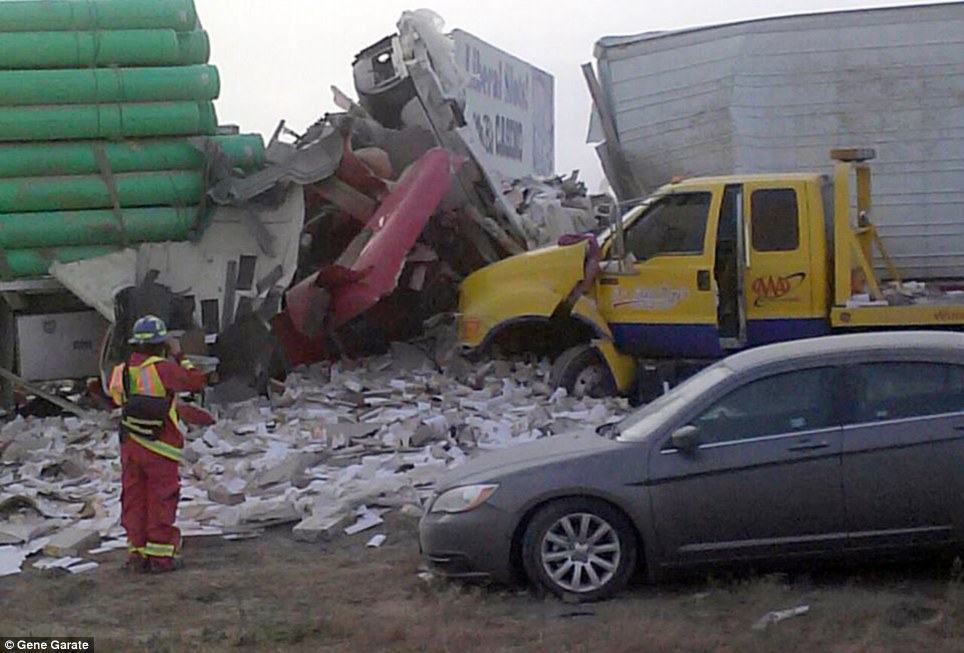 Incident Commander praised officials from Humboldt County who brought in water trucks and helped quell the brown dust so emergency crews could help the victims. 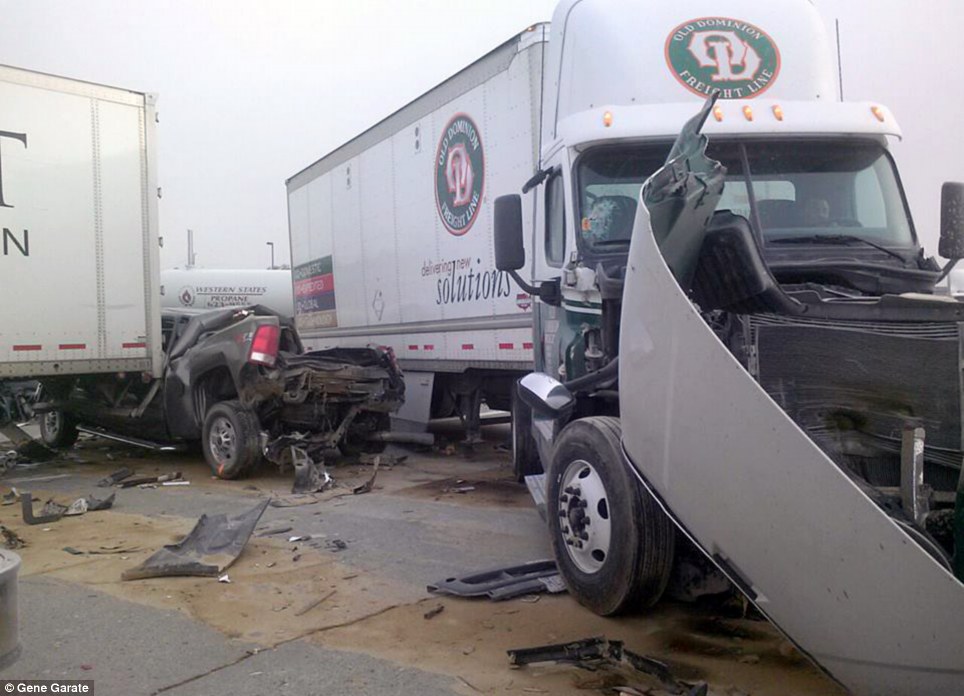