The effect of this amazing map is not only beautiful and mind-blowing but also informative — more than 150 years of hurricane data. 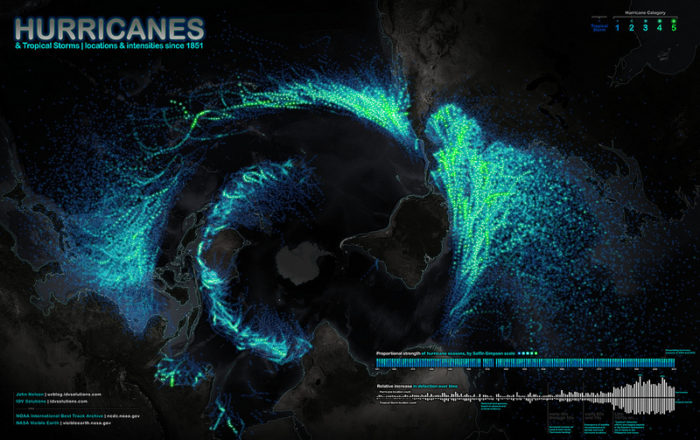 The same scientist (John Nelson) has also created a map on earthquakes: 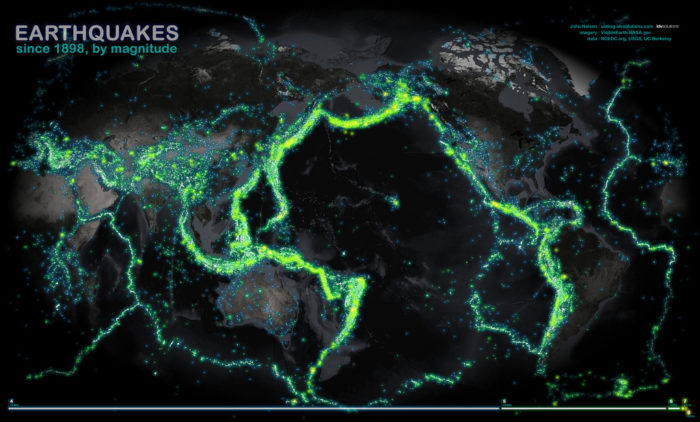 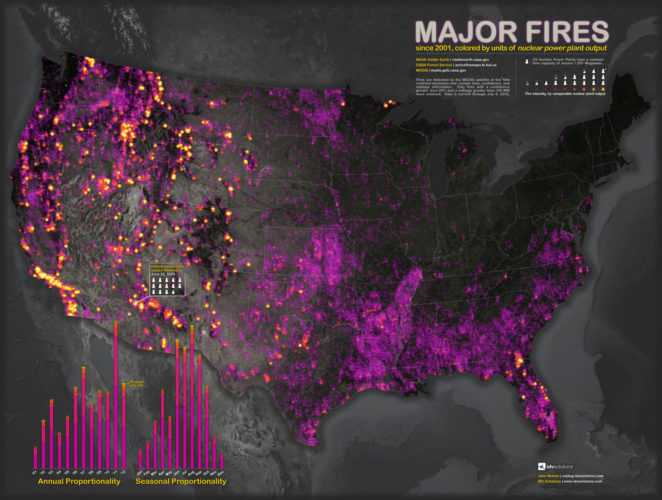