Lilydale, an eastern suburb of Melbourne in AUstralia, was hit by a low magnitude and shallow earthquake at around about 6.57am early on Friday morning, creating loud rumbling noises, waking residents and shaking houses.

The quite small tremor (1.5-magnitude on Richter’s scale) happened about 1km below the ground in Lilydale

The epicenter of the earthquake was just below the house of a man called Phillip Muscara. And he didn’t even know since neiher he or his wife realised that this earthquake actually occurred just below their property. 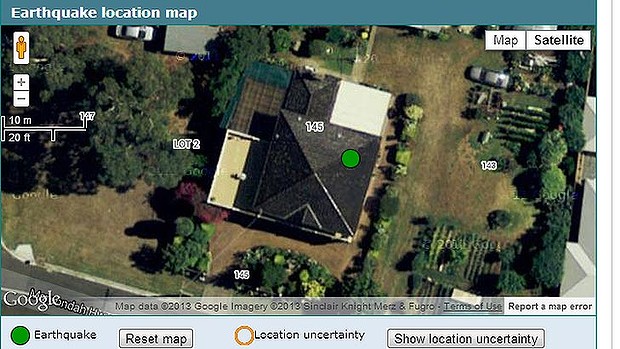 Earthquakes in Melbourne are often mistaken for an explosion, a gust of wind hitting the house or a car accident, because they tend to be mild. – The Age

Did you also hear the booms? Did you feel the earthquake? Post a comment below about your experience.