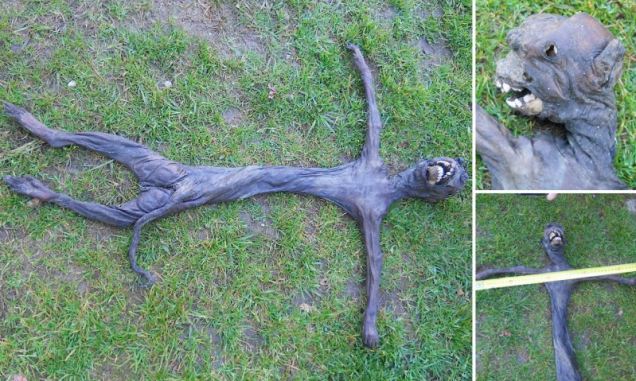 But what is this weird creature that was found in a remote area of South Africa? A vet knows:

Curt-Leigh Dixon, 17, stumbled across the creature in wilderness near his hometown of Plettenberg Bay, South Africa. Its mysterious spindly arms, shrivelled head and giant teeth inspired villagers to hail it as proof extra-terrestrials live among us. Others said it was at the very least a strange cross-breed between a seal and a monkey. The body was sent to local vet Dr Magdalena Braum who immediately scotched the discovery within seconds, saying: ‘Anyone could see it was baby baboon.’