A full 90 inches long mammoth tusk was discovered in a gravel pit by an excavator operator as stated by a cantonal archeologist of Lucerne. And this is not his first time! This same worker had already made such a discovery at the same place three years ago! Before its public presentation, the tooth will be thoroughly examined. First results should be submitted on September 4 2013. 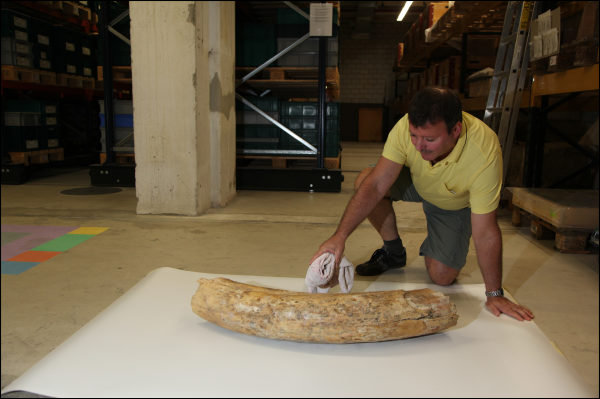 Why is this not an isolated case?

The situation in the gravel pit is actually optimal for such finds because the region was strongly influenced by the ice age, during which mammoths lived. Therefore, such mammoth fragments are more frequent in this region than in other parts of Switzerland. 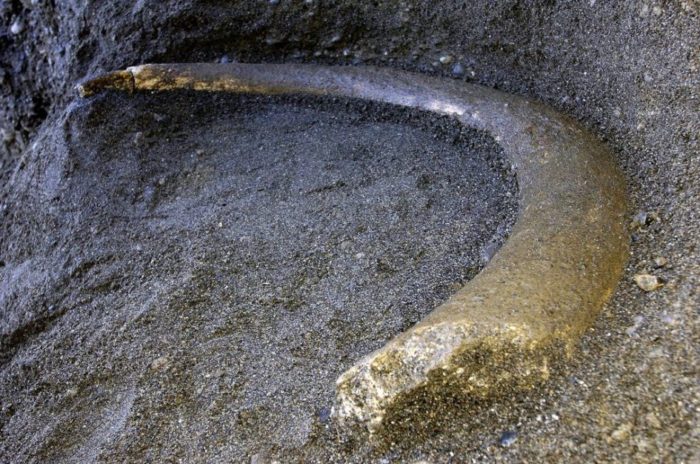 Mammoth tusk found in Lucerne back in 2006, by KEYSTONE

Approximately half a dozen finds of mammoth remains have been found in the canton of Lucern. The earliest known mammoth find in the Canton of Lucerne is from 1577. On 15 September 2006 saw an employee of a construction company in the gravel pit between Ballwil Eschenbach and a mammoth tooth. This total is 1.80 meters long. Archeologists estimated the age of around 45,000 years.  An entire skeleton was found ten years ag in the canton of Zurich. (Source)