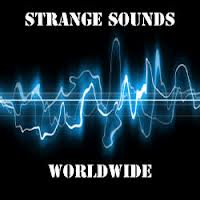 Oh, scary! This video is the trailer of the Strange Sounds film. No, no, it is not mine!

The polish film was produced as an independent project partially funded by internet users through „crowd-funding”. The trailer is attractive!

The Film „Strange Sounds” is a feature film inspired by the as of yet unexplained phenomenon of sounds of unknown origins reported all over the globe in 2011 through 2012. The phenomenon widely publicized over the internet became the focal point of a dark, unsettling story combining elements of science-fiction with disturbing, almost nightmarish imagery.

I find this idea pretty good and hope there will be some of you watching their film!

Descriptive of the film: