Hoax or real? The strange object, which looks like a meteor travels slowly towards earth in this amazing YouTube video.

Why is the camera pointing at this relatively uninteresting scene before the object arrived? WHy aren’t they any responsive activities (police, firefighters) after landing of this weird light? UFO? Could it be simply a sun reflexion in the lens? Or a new film-making application for your iphone? 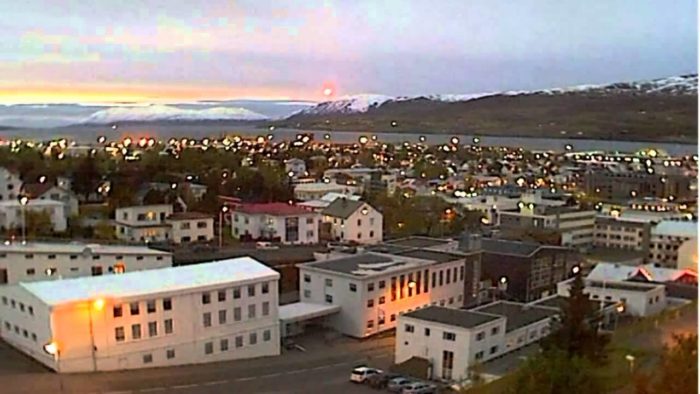 I do not know! But if true, this 43 second clip uploaded to YouTube, where a strange fiery object can be seen slowly descending from the sky, is an incredible footage of an UFO falling from the heavens. The unidentified mass, which looks like some sort of fireball, falls towards a settlement, identified as Akureyri in Iceland. It ultimately disappears from view behind some houses, leaving the person behind the camera alone to ponder what they have just seen.

Is this a UFO? Do you believe in UFOs?