What is the world going to look like if all the ice melted!

Look at these continent maps! Will you be soon living underwater?

Scientific results indicate sea levels worldwide have been rising at a rate of 0.14 inches (3.5 millimeters) per year since the early 1990s. This trend puts thousands of coastal cities, and even whole islands at risk of being claimed by the ocean. Discover how it will impact your continent in the following post.

The maps here show the world as it is now, with only one difference: New boundaries!

There are more than five million cubic miles of ice on Earth, and some scientists say it would take more than 5,000 years to melt it all.

All the ice on land has melted and drained into the sea, raising it 216 feet and creating new shorelines for our continents and inland seas.

If we continue adding carbon to the atmosphere, we’ll very likely create an ice-free planet, with an average temperature of perhaps 80 degrees Fahrenheit instead of the current 58. 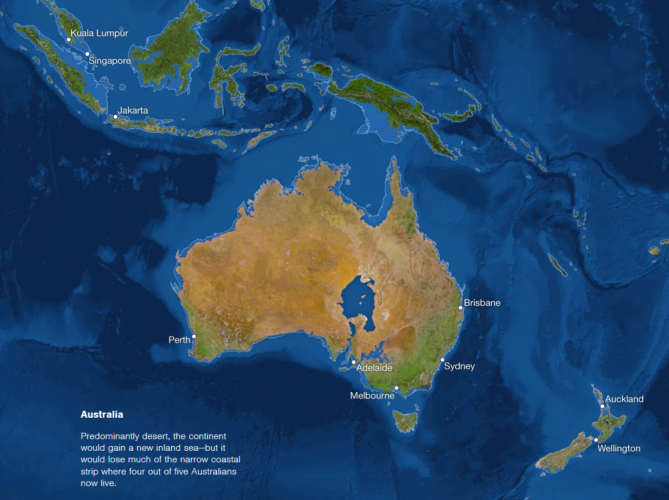 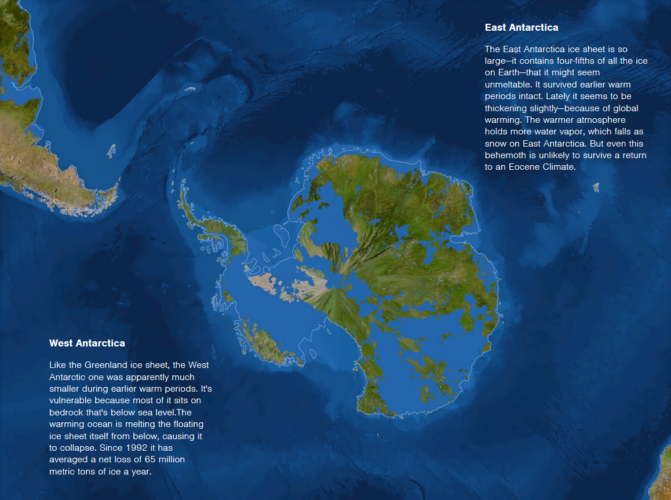 So, will you be soon living underwater?